Home > Blog > Crowdfunding for Trees: Manifesting Our Concern for a Better Life

The growth of popular crowdfunding through digital platform perfectly scheme to represent the mutual cooperation that has been a part the Indonesian culture. Through crowdfunding, individual contributions in small amounts can add up to a significant total. According to Statistika, crowdfunding in Indonesia has amounted to Rp84 trillion in 2019, which is enough to fund five MRT Jakarta projects. Indonesia has also been recognized as the country with the 5th biggest crowdfunding transaction in the world as estimated by P2PMarketData.The crowdfunding platform Kitabisa.com even successfully collected IDR32 billion in three months for #bersamalawankorona (fighting the coronavirus together) to help the Indonesian government in the fight against the COVID-19 pandemic.

The digital economy has made it easier for the community to collaborate in a simpler, more far-reaching and transparent way. Donors or investors can actually study the quality and credibility of the programs funded through different digital facilities instead of getting their information just from the local donation box. These facilities work to the advantage of crowdfunding campaigns as the success of a campaign depends on its ability to appeal to and gain the trust of donors. Through digital platforms, donors can receive in real time and easily access reports on the use of their donations. This is the main appeal of digital crowdfunding compared to other public funding schemes.

Why Crowdfunding for Trees?

Further, crowdfunding campaign has often been used for environmental restoration through tree planting. Tree-planting campaign was chosen since it is considered one of the largest-scale and cheapest solutions for the sequestration of carbon emission from human activities, such as transportation, electricity and food consumption, land use conversion and waste. In addition to improving environmental quality, forest restoration through tree planting also offers positive impacts such as increasing forest products for food and income for local communities. Moreover, there is a lot of space available for tree planting considering the availability of sizeable land (around 900 million hectare to expand tree covers around the world.

This tree-planting campaign has been done globally as well as locally. Trillion Tree Campaign is a global program that facilitates the public in planting trees in different countries. Through this campaign, the public can donate starting from US$1 for one tree. This successfully appealed to the public and more than 13.48 billion trees have been planted today. In Indonesia, such initiative has been done by different organizations, from crowdfunding platforms such as KitaBisa Patungan Pohon and WeCare Tree Thousand to crowdfunding platform that are specifically designed for tree planting such as Lindungi Hutan and programs initiated by conservation organizations such as MyBabyTrees.

The initiative allows anyone to contribute a smaller amount, say Rp10 thousand to Patungan Pohon. The Patungan Pohon campaign is also considered successful, planting 3,500 trees with Rp111 million in 4 months and generating social and economic impact for three restoration areas in Indonesia. This initiative shows that individuals are willing to be collectively involved in environmental restoration initiatives given the opportunity. 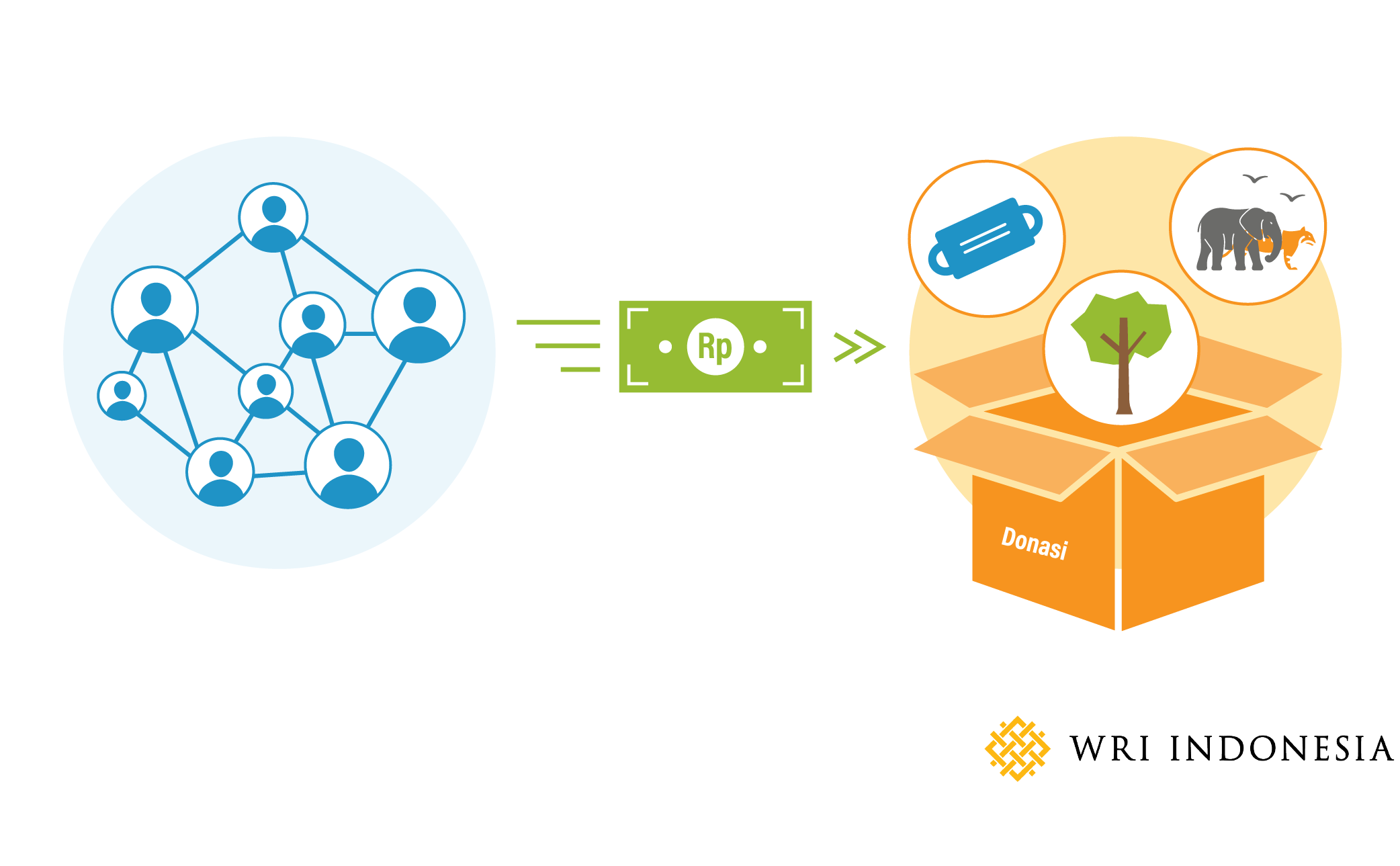 Crowdfunding provides access to the public to be involved in environmental quality improvement through digital means.

How to Get Individuals Involved in Crowdfunding Initiatives?

In psychological science, someone is more likely to take an action when the person realizes that he or she has the means and ability to do it. This is proven by the Patungan Pohon Campaign, which attracted more than 2,800 donors. An individual just needs to push the button on the donation page to plant a tree without having to find a tree-planting organization or find their own tree seeds. This campaign also elevated the social, economic and health impact. This brings environmental issues closer to the people. Individuals also tend to be more environmentally friendly when they know how proud they would be after taking an action.