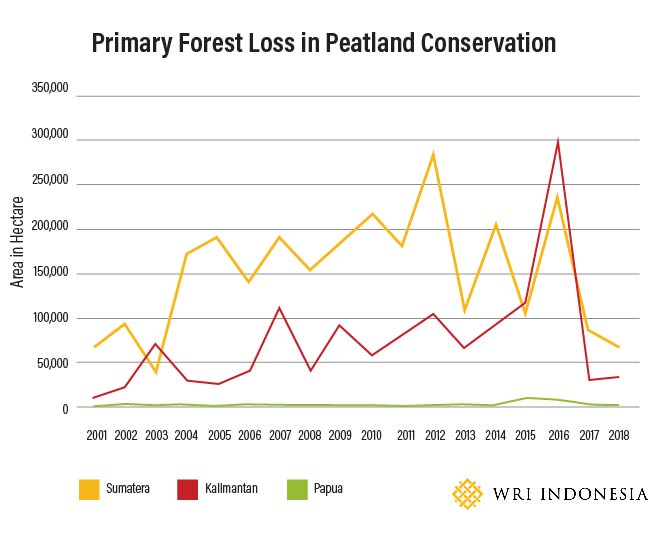 Such decline was mainly driven by the implementation of several policies, such as the establishment of conservation peatlands and moratorium on new licenses on peatlands and primary forests. In 2019, the Ministry of Environment and Forestry (MOEF) issued the Environment and Forestry Minister Regulation No. 10 of 2019 concerning the Determination, Stipulation and Management of Peat Dome Peak based on Peat Hydrological Unit. This regulation serves as technical guidelines for the integration of the efforts to conserve and manage the function of damaged peatland ecosystems as well as maintain its hydrological function.

Peat dome is a part of the Peat Hydrological Unit (PHU) that lies on an elevated area compared to its surrounding peatland. Its conservation function stems from its high carbon and water content. Meanwhile, the peat dome peak is the highest part of the peat dome, which is determined using the water balance equation. However, peat dome and peat dome peak are not always present in all PHU. 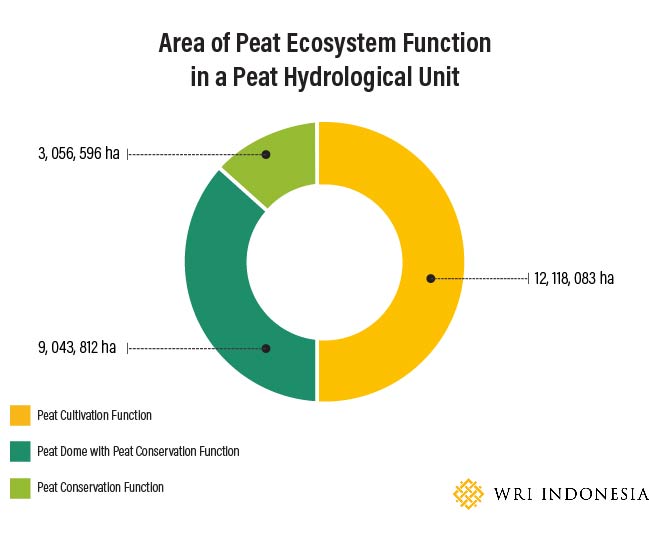 Indonesia’s peat dome covers a total area of 9,043,812 hectares – 15 times larger than Bali. However, on-site peatlands monitoring and management prove to be difficult as there is no map of peat dome peaks available. Due to its vast coverage and its vital role in regulating water balance in a PHU landscape, peat dome should neither be drained nor converted. Draining a peat dome could cause it to release mass emissions, making it prone to fire. 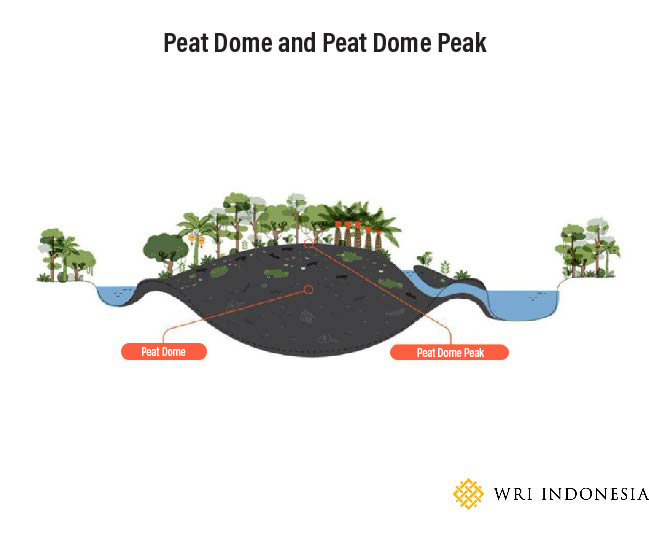 The Environment and Forestry Minister Regulation No. 10 of 2019 about peat management recently issued by the MOEF provides the steps and methods to identify and manage peat dome peaks. One of the articles states that a peat dome peak that has been utilized, such as for plantation, can continue to be used in that capacity.

The regulation was based on the transitional provision of Government Regulation No. 71/2014 concerning the protection and management of peat ecosystem. This regulation states that use of areas with cultivation permit can be continued until the license expires. However, the permit holder is responsible for maintaining the hydrological function of the peat if the permitted activities have not begun at the time the regulation enters into effect.

The Environment and Forestry Minister Regulation No. 10/2019 might prove to be a hindrance in the protection and preservation of peat ecosystem due to the risks of damaging land clearing and mismanagement in protected peat domes.

This poses a considerable risk as both the concessionaires’ commitment and management plan for the protected area remain unknown. This is exacerbated by the less than transparent revision process of Work Plans (RKU), which guide the implementation of concessions. To make it worse, several provisions set out in Regulation 10/2019 are believed to serve the interest of license holders. For instance, areas outside peat dome peaks can be utilized until the license expires.

Moreover, the definition of areas that are considered to be outside a dome peak is unclear and may include areas inside a peat dome. This is in contradiction with Environment and Forestry Minister Regulation No. 16 of 2017 concerning peat restoration, which prescribes that peat domes are considered protected areas. Furthermore, only one planting cycle is allowed on an area before it must be restored, while any replanting is prohibited. The contradiction between these regulations can be seen in the diagram below: 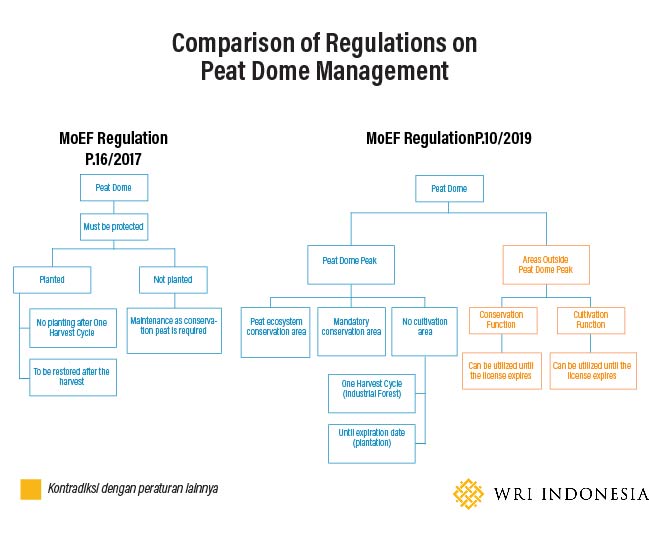 It is too hasty for the government to allow the use of the 1:250,000 peat ecosystem function map when the 1:50,000 map has not been made. The current 1:250,000 map in use is a version from 2011. Meanwhile, continuous peatland draining and utilization can alter the thickness of peat. This renders the map inadequate as it contains inaccurate information on peat thickness, which is essential in peat management.

Moreover, there is still a lot to be done by the MOEF. For example, the Peat Ecosystem Conservation and Management Plan (RPPEG) that should be issued by the MOEF as a guide for concessionaires and regional government has yet to be ratified. Thus, the issuance of Environment and Forestry Minister Regulation 10/2019 appears to be premature, endangering peatland conservation and management in Indonesia.

Peat domes need to be protected due to its vital role in water management in peatlands. Protecting this function is vital to peatland fire prevention. Therefore, any regulations that might hamper peat conservation efforts, including Environment and Forestry Minister Regulation 10/2019, need to be reviewed and revised immediately as they may trigger conflicts on the field, such as concerning the RPPEG and 1:50,000 peat ecosystem map.

Government supervision and public monitoring on peat domes that have been cleared for plantations are imperative if we were to maintain an effective peatland management and maintain the peat domes’ hydrological function of supplying water to the surrounding area. By making available monitoring systems such as the Peatland Restoration Information and Monitoring System (PRIMS), Peatland Water Monitoring System (SIPALAGA) and the groundwater level monitoring database, the government has taken the first step needed in the monitoring of peatlands condition.

Moreover, absolute transparency is also needed to ensure that the public is informed of the peat conservation and management plans and commitments of business license holders. Thus, better supervision and law enforcement in its implementation on the field are vital. Law enforcers must take decisive action against business license holders who intentionally clear conservation peatlands as well as those who neglect their obligation to maintain the hydrological function of peat.