This article was previously published in theconversation.com on August 14, 2019

Until five years ago, Indonesia was considered one of the world’s biggest forest loggers. This changed last August when President Joko ‘Jokowi’ Widodo enacted a new policy that will permanently cease the issuance of new permit for clearing in natural forests and peatlands.

Under a not-yet-published presidential instruction, this policy can save 66.2 million hectares of natural forests and peatlands – the size of France. 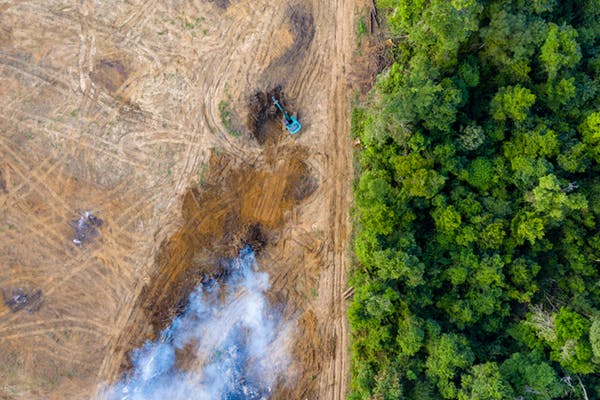 With permanent ban on forest clearance, Indonesia can save 66 million hectares of natural forests and peatlands. Photo credit: Richard Whitcombe/shutterstock

This shows the commitment of the government of Indonesia, home to the third largest tropical forest in the world after the Amazon forest in Brazil and the Congo forest in the Democratic Republic of Congo, to completely eradicating deforestation in natural forests and peatlands, while simultaneously restoring degraded land.

Deforestation eradication and restoration are the most effective options in climate change mitigation, as published by the UN’s Intergovernmental Panel on Climate Change (IPCC) in its report on climate change and land.

Here are three benefits of the permanent ban on forest clearance for Indonesia.

1. No deforestation in primary forests and peatlands

By preserving primary forests and peatlands, Indonesia can avoid emission equivalent to at least 32 gigatons of carbon dioxide. This is the same as the annual emission from 6.1 billion vehicles.

The moratorium on new permits for primary forests and peatlands was first enacted during the presidency of Susilo Bambang Yudhoyono in 2011 and ended in July 2019. In August 2019, President Jokowi made the moratorium permanent.

Such decrease is proof that the primary forests and peatlands clearing moratorium has been effective.

Furthermore, the size of the area covered by the moratorium has been maintained at around 66 million hectares over the past three years. Provided that it is supervised closely, making the moratorium permanent opens up the possibility for Indonesia to truly eradicate deforestation in primary forests and peatlands.

2. Protecting the indigenous people and communities around forests

More than 25,000 villages in Indonesia are located near forests and 9,261 of those are in a moratorium area.

A permanent ban on forest clearance means that the indigenous people and communities who live around and depend on the forest can live without the fear of new concessions entering their lands.

The indigenous people and communities around the forest depend on forest products such as rubber, spices, fruits, rattan and many others. A good forest management will help them improve their living standard without having to rely on wood products.

The forest and climate are intertwined. As climate change worsens, causing droughts, the forest grows more vulnerable to fires, which lead to deforestation and degradation.

This new ban on forest clearance, however, can help mitigate the risk of forest and land fires. Global Forest Watch detects 1,537 hotspots in 60.9 million hectares of forest moratorium areas between July and August 2019. For comparison, 736 and 1,004 hotspots were detected in the same period in 2017 and 2018.

If Indonesia wishes to reduce forest and land fires, it needs to find a different forest management approach especially with the 2019 dry season approaching.

Permanent ban on land clearing in natural forest and peatlands is essential in the effort to reduce forest and land fires.

First of all, the government needs to map where the forests are to identify the critical areas for immediate restoration.

The forest moratorium has been made permanent. The next step is to make the indicative maps for primary forests and peatlands, which were last updated in 2017, definitive.