This article is part of a series of blog posts examining the One Map Initiative at the local level. This post focuses on a conflict between a palm oil company and a small community in South Sumatra. See here for related blogs on land-related conflicts involving other stakeholders and how the One Map Initiative aims to resolve them.

The lands along the Musi River, which spreads across four provinces in Sumatra, Indonesia, once produced a bounty of rice and tropical fruits. Residents of villages like Ulak Teberau, in South Sumatra, relied upon these crops and the surrounding environment to earn their living. But today, 20 years after an oil palm plantation was established nearby, many of its residents are losing access to the abundance that sustained them. 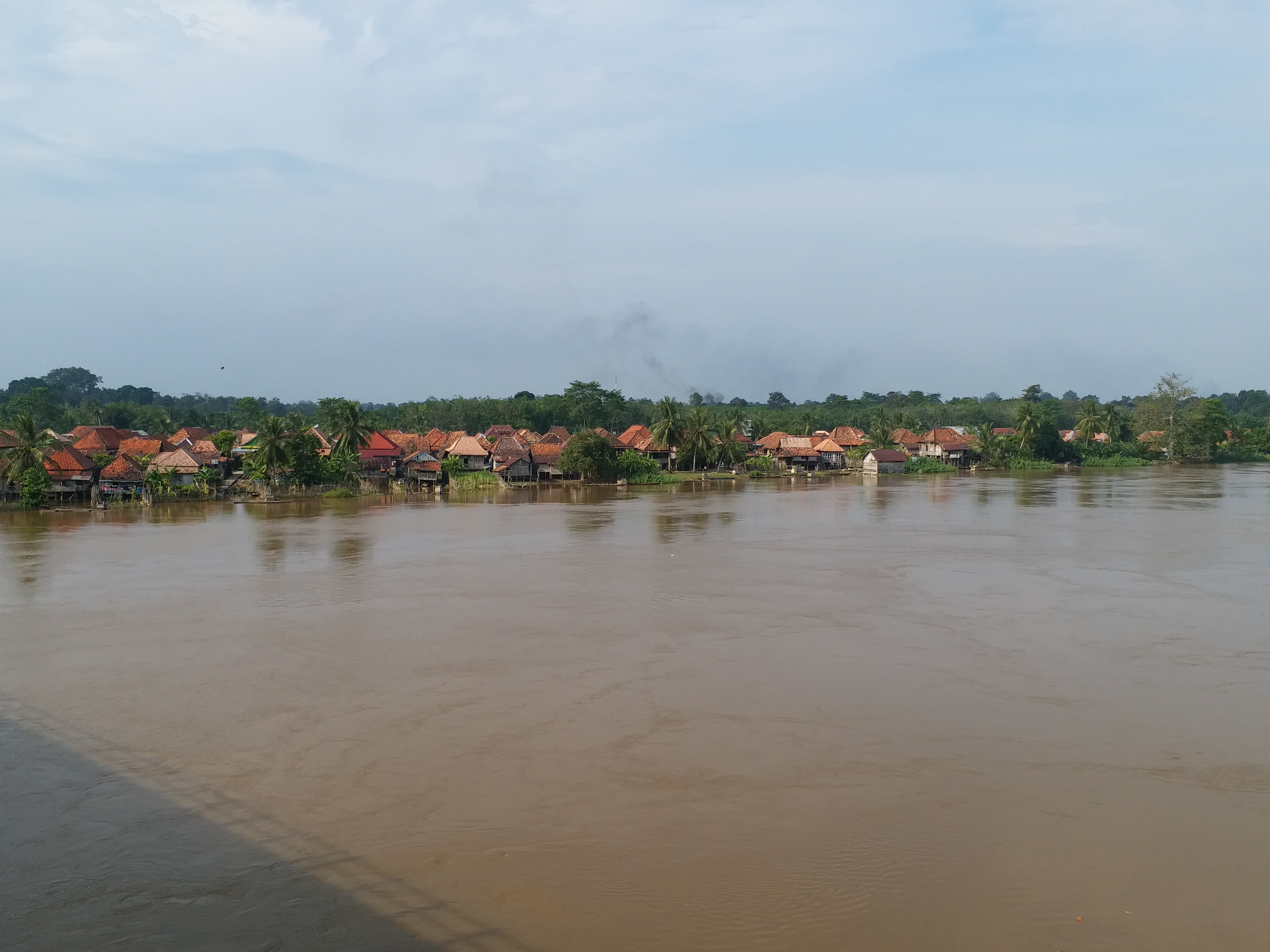 The villagers’ troubles started back in 1997, when a palm oil company secured a concession license to manage about 10,000 hectares of land in Musi Banyuasin District. Over the next two decades, the firm extended its reach, managing more land than its license allowed―and taking away the villagers’ lands. Residents claimed that the company unlawfully appropriated more than 3,000 hectares which once belonged to them. “The oppressors never left, only their skin color changed,” said Ruslan, 55, a resident of Ulak Teberau.

The land in dispute is now a degraded marsh that is no longer productive or accessible to the villagers, thus undermining the well-being of nearly 400 households in the village.

Ruslan said that his livelihood options are now severely limited due to the lack of access to surrounding lands. “Now, every time we want to fish, we have to gain permission from the company. This is not right. Our family has been living here ever since before this country gained independence.”

The Crux of the Problem 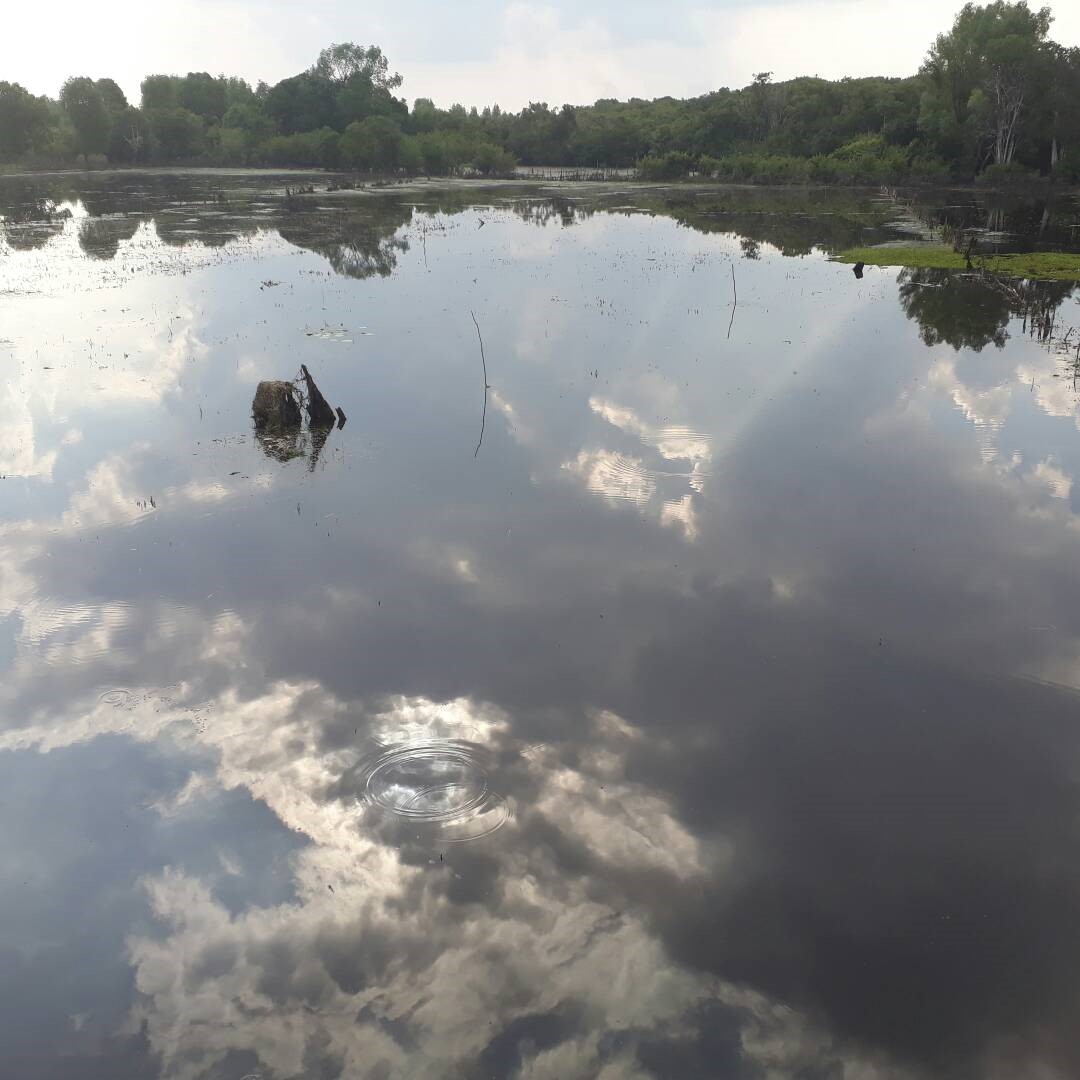 A marsh replaced a once-productive farming area in Ulak Teberau, where villagers are challenging a land grab by a palm oil company. Photo by Roberto Hutagalu

Land governance in Indonesia is tremendously complex, with an broad array of stakeholders, institutions and legal instruments. Age-old patterns of patronage, bribery and misappropriation further complicate the situation.

The Musi Banyuasin District is a case in point. An inquiry by the land agency, villagers and the local council in 1997 concluded that the area cultivated by the licensed palm oil company was almost twice as large as the permit allows. WRI’s interaction with stakeholders uncovered information and supporting documents showing that, in 2014, the local parliament was on the verge of issuing a recommendation to the local government to stop the firm from operating in the area. Yet the local parliament dropped the recommendation. Sources indicated that payments were made by the plantation company to some high-ranking officials in the local government, local parliament and land agency.

A lack of unity among residents in Ulak Teberau may have contributed to the prolonged dispute. Despite anger towards the palm oil corporation, villagers have not worked together to claim their rights. The community is fragmented, divided between those with official land-ownership documents and those who have none. Those lacking proper documents tend to accept the situation, without any interest in defending their land. Women and young people are generally disconnected from the conflict because they have never been involved by the village leaders in any decision-making process.

To address this problem, issues of land access and ownership need to be understood in all their complexity: one-dimensional political, economic or legal models will not suffice. What’s necessary is a participatory and responsive approach based on careful assessment of the local situation.

Indonesia’s government is taking steps to address the root causes of land conflicts in villages like Ulak Teberau. It has identified inaccurate, incomplete and outdated maps as one of the primary drivers of agrarian and natural resource conflict in the country. The government’s finding underlines the importance of the One Map Initiative at the Local Level, a collaborative effort to implement One Map Policy at the local jurisdiction facilitated by WRI, which seeks to establish agreed-upon maps to help resolve land disputes. President Joko Widodo stated in June this year that “the One Map Policy will facilitate the resolution of conflicts arising from overlapping land use and assist in the settlement of borders throughout Indonesia.”

At the sub-national level, the district government of Musi Banyuasin has recently established a specific task force mandated to resolve agrarian and natural resource conflicts in the area. For the community of Ulak Teberau, this process could lead to the development of its own One Map, which would provide a reference for all stakeholders. The process has the promise to settle a 20-year dispute and mitigate future land-related conflicts.

WRI Indonesia’s One Map Initiative is working at both national and sub-national levels to support villages like Ulak Teberau in four provinces across Indonesia. By ensuring access to credible data, enhancing natural resource management and improving communication among stakeholders, our hope is to encourage a One Map Policy that could resolve disagreements over land assignment and restore justice for local citizens to enable the achievement of a more sustainable land use.