Home > Blog > Photo Story: When the Conservation Explorers Learn from the Nature

The existence and sustainable management of conservation areas serve as a beacon of hope that Indonesia’s future generations will have the chance to enjoy the functions, values and benefits of rich and diverse conversation areas. Unfortunately, conservation areas in Indonesia, both land and water ecosystems, are under constant threat of encroachment, illegal logging, forest fires, coral reef bombing and so on.

Therefore, challenges in conservation areas management need to be addressed effectively. In terms of human resources, a conservation area needs a manager that is capable, innovative, and possesses good leadership qualities. In addition, conservation area management also needs to be supported by non-governmental institutions considering its collegial-collective nature.

In this collaborative effort, the Directorate General of Natural Resources and Ecosystem Conservation of the KLHK together with the Indonesian Conservation Communication Forum (FKKI) organized Jelajah Konservasi on 1 – 10 November 2018 in Banten and Lampung.

For ten days from 1 – 10 November, the participants discussed various issues on conservation areas while learning directly from their experience in the field. In Banten, the participants visited the Pulau Dua Nature Preserve. While in Lampung, the participants visited several locations within the Bukit Barisan Selatan National Park (TNBBS) area, including the Way Canguk research station, the Pemerihan site, the Sukaraja site and the Beringin Jaya Community Forest, which serves as the buffer zone of TNBBS in Sumberejo, Tanggamus Regency. Several organizations under FKKI have also worked or provided assistance in these areas. 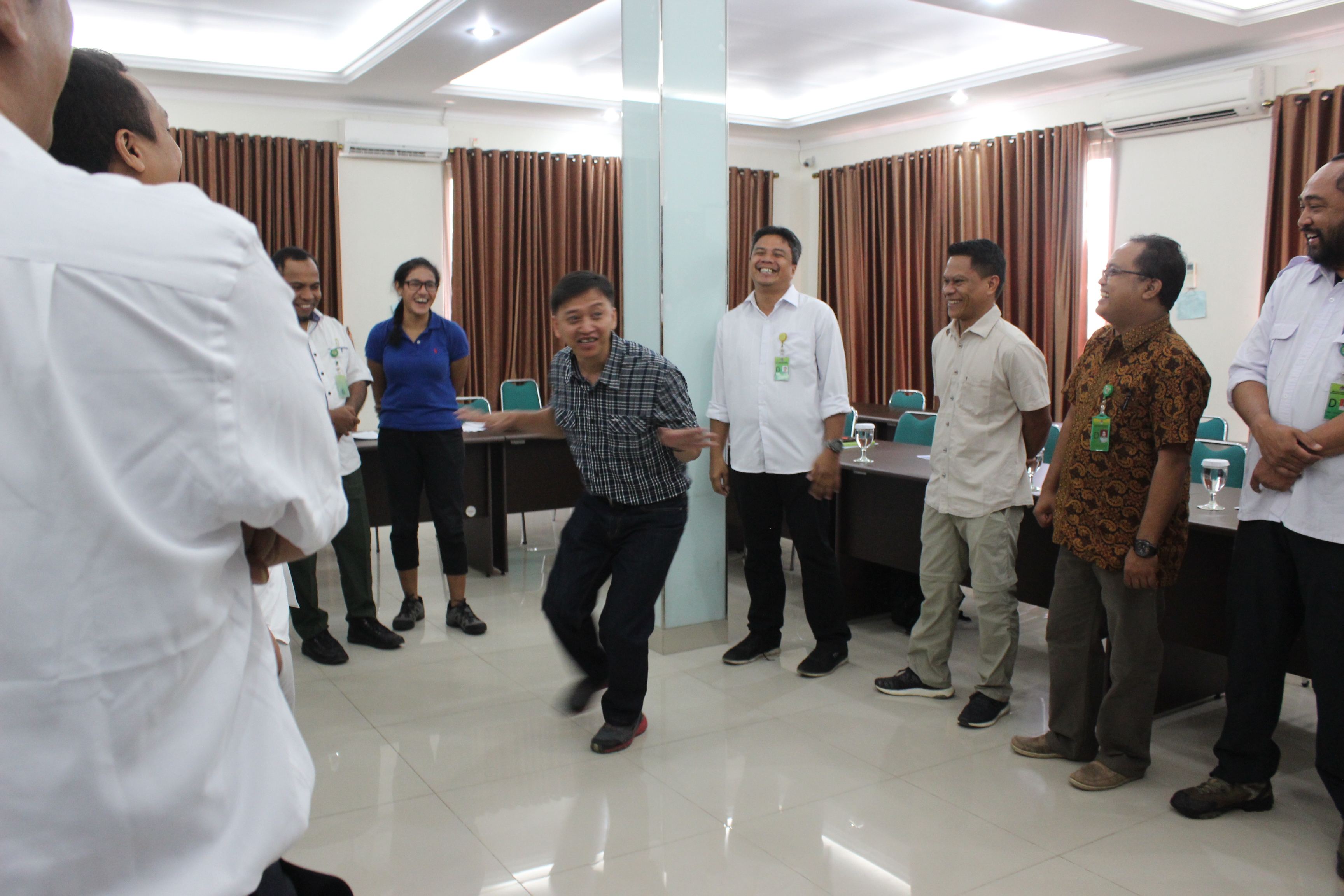 Before the field activities began, participants gather at Puspiptek Guest House in Serpong for introductory presentation. The participants came from various conservation areas and work locations; from Aceh to Papua. 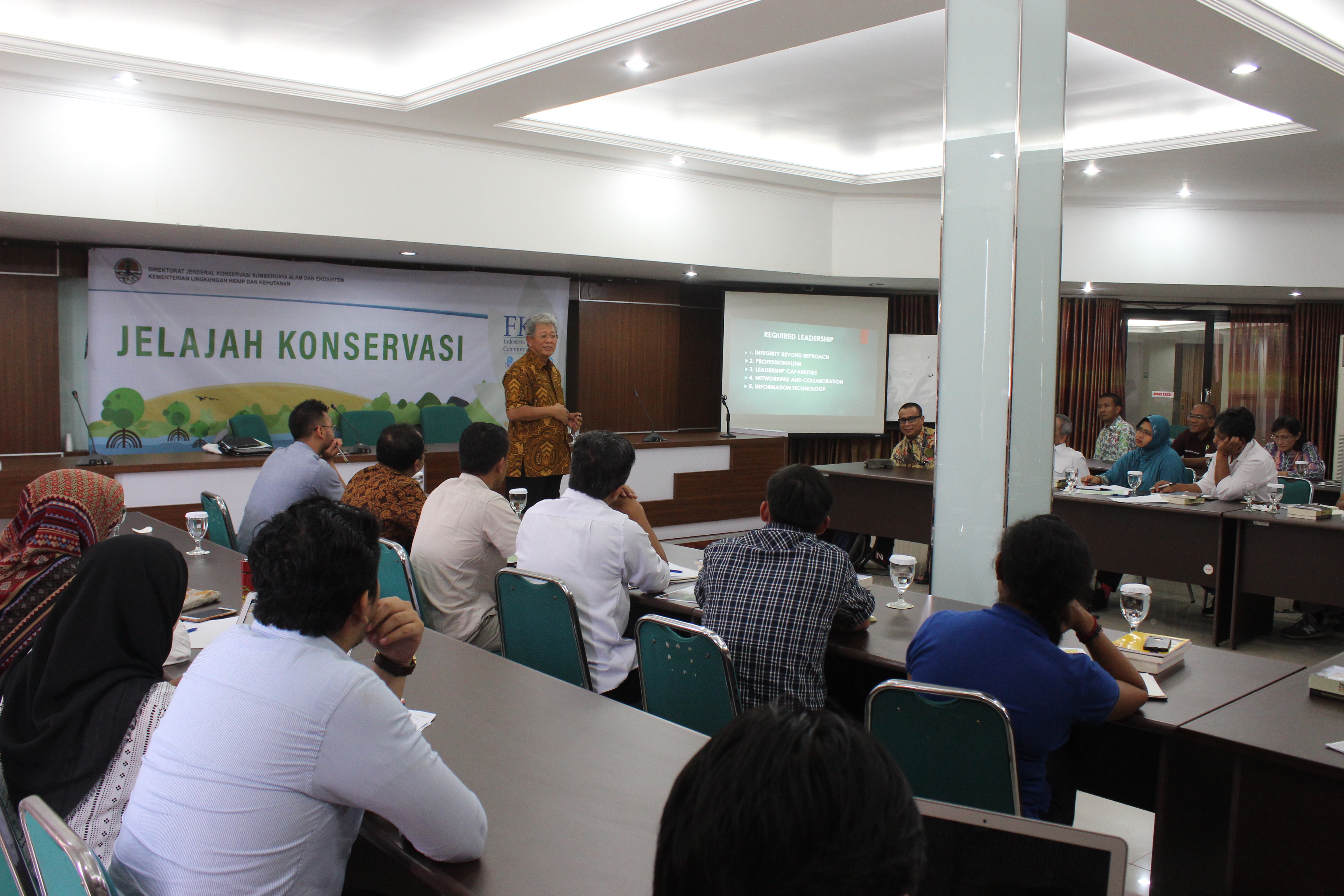 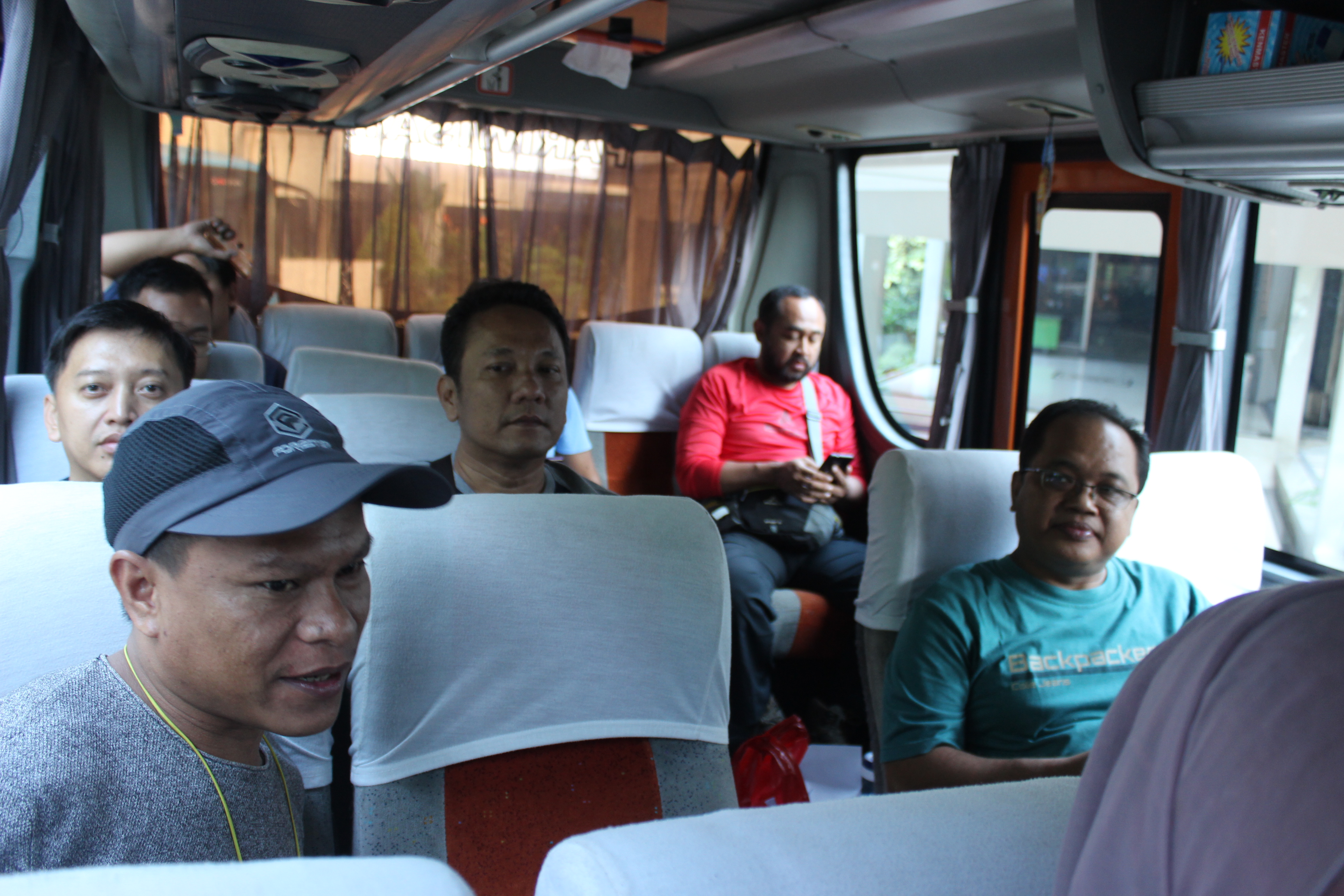 On the second day, participants departed by bus to Serang, Banten, to visit Pulau Dua Nature Reserve. In the photo, we can see a 5-gallon water jug inside the bus. Jelajah Konservasi seeks to minimize the use of plastic, including by asking participants to use the provided drinking bottles and refill it from the water jug. 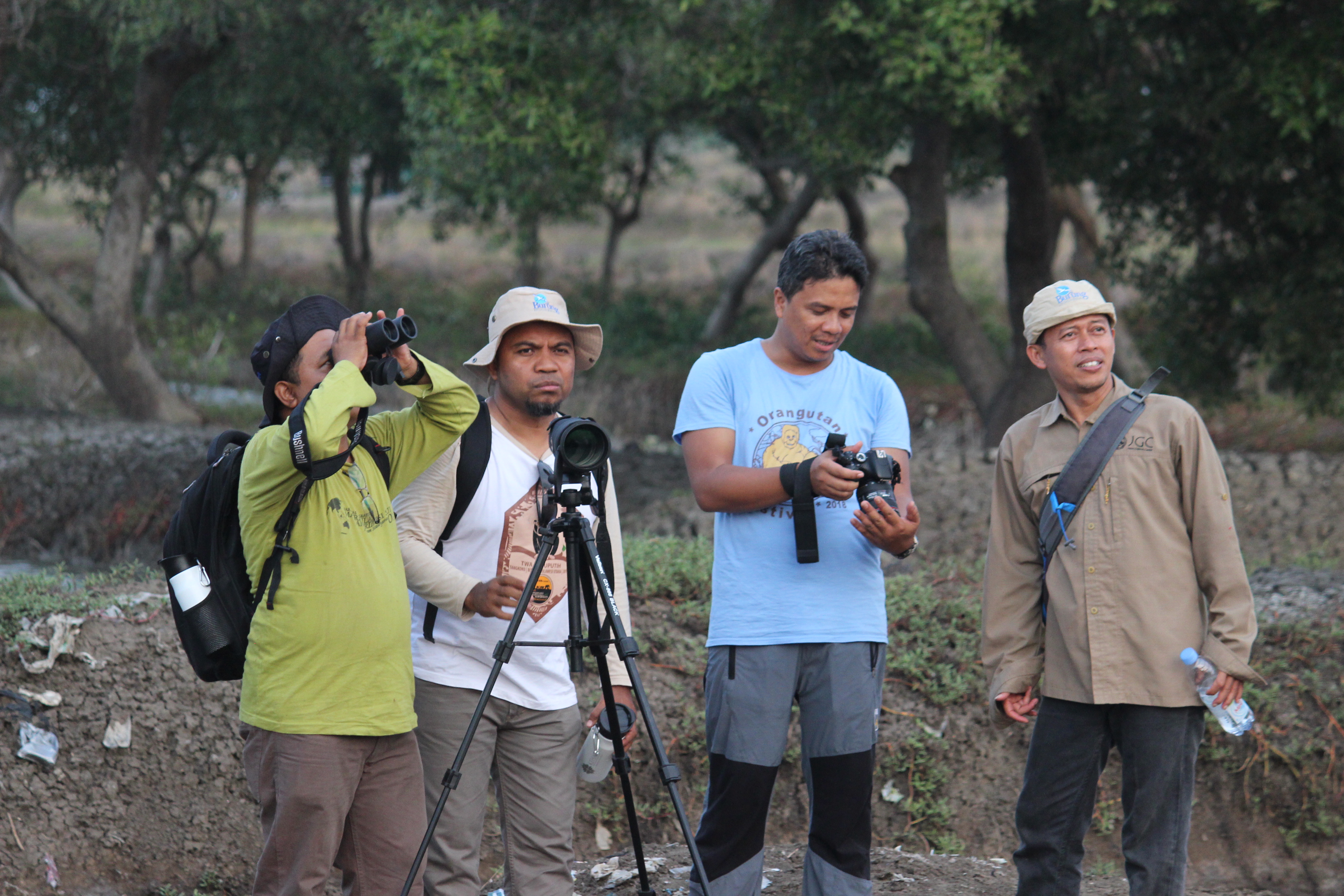 Pulau Dua Nature Reserve is a habitat for water birds and one of the migration routes of migrant birds where bird watchers can catch the birds gathering. Participants of Jelajah Konservasi took the opportunity to watch the water and migrant birds with Ferry Hasudungan from Burung Indonesia. 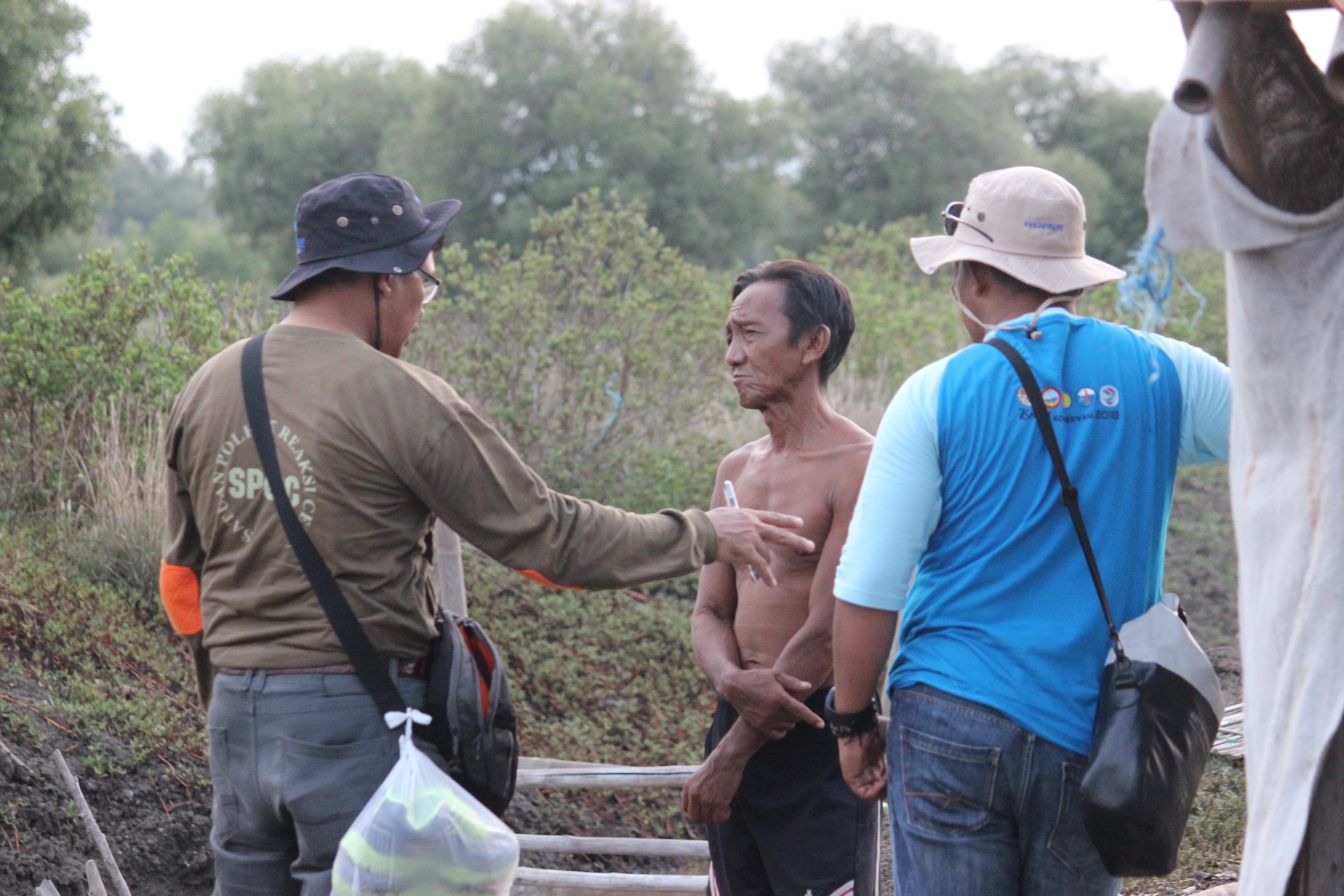 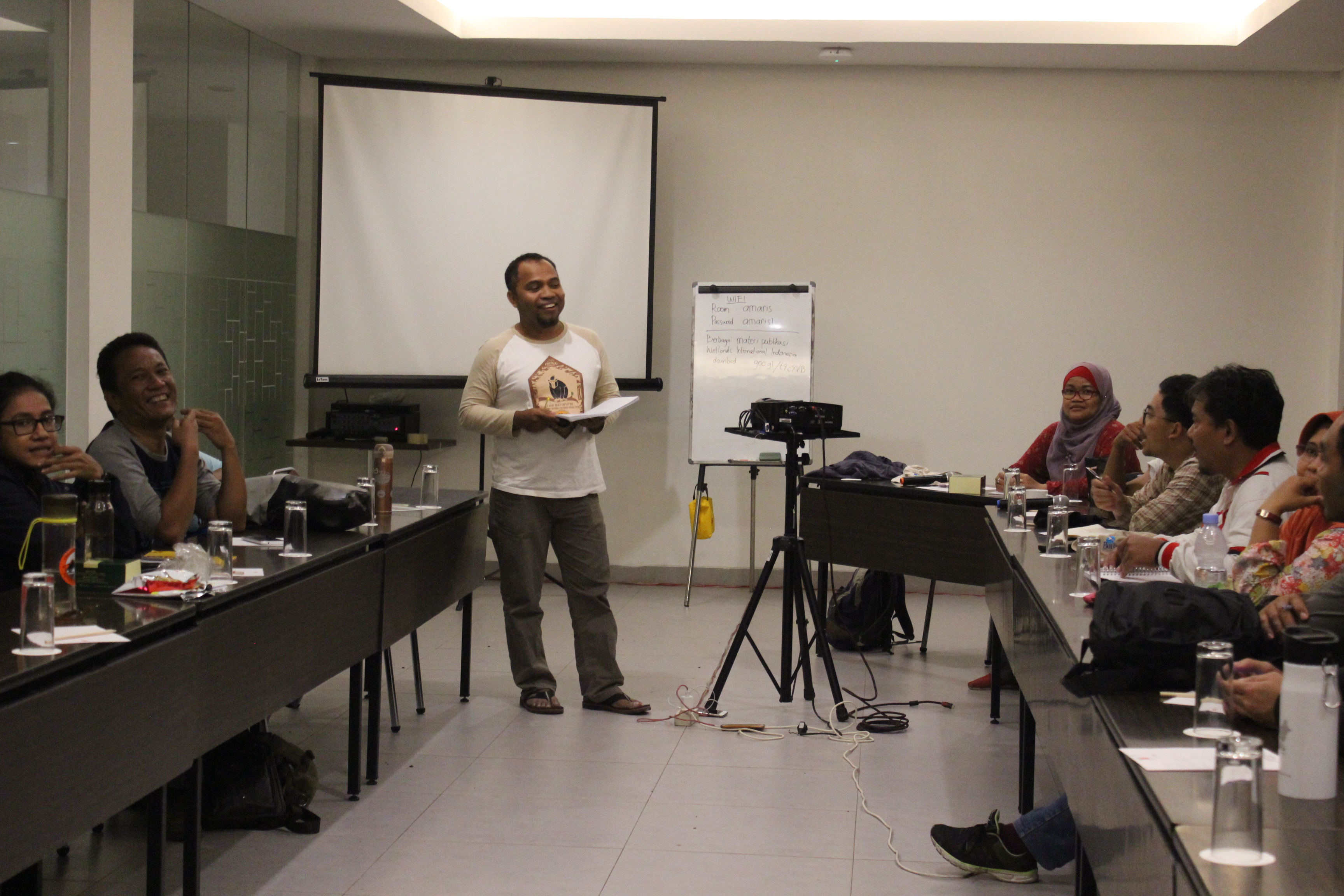 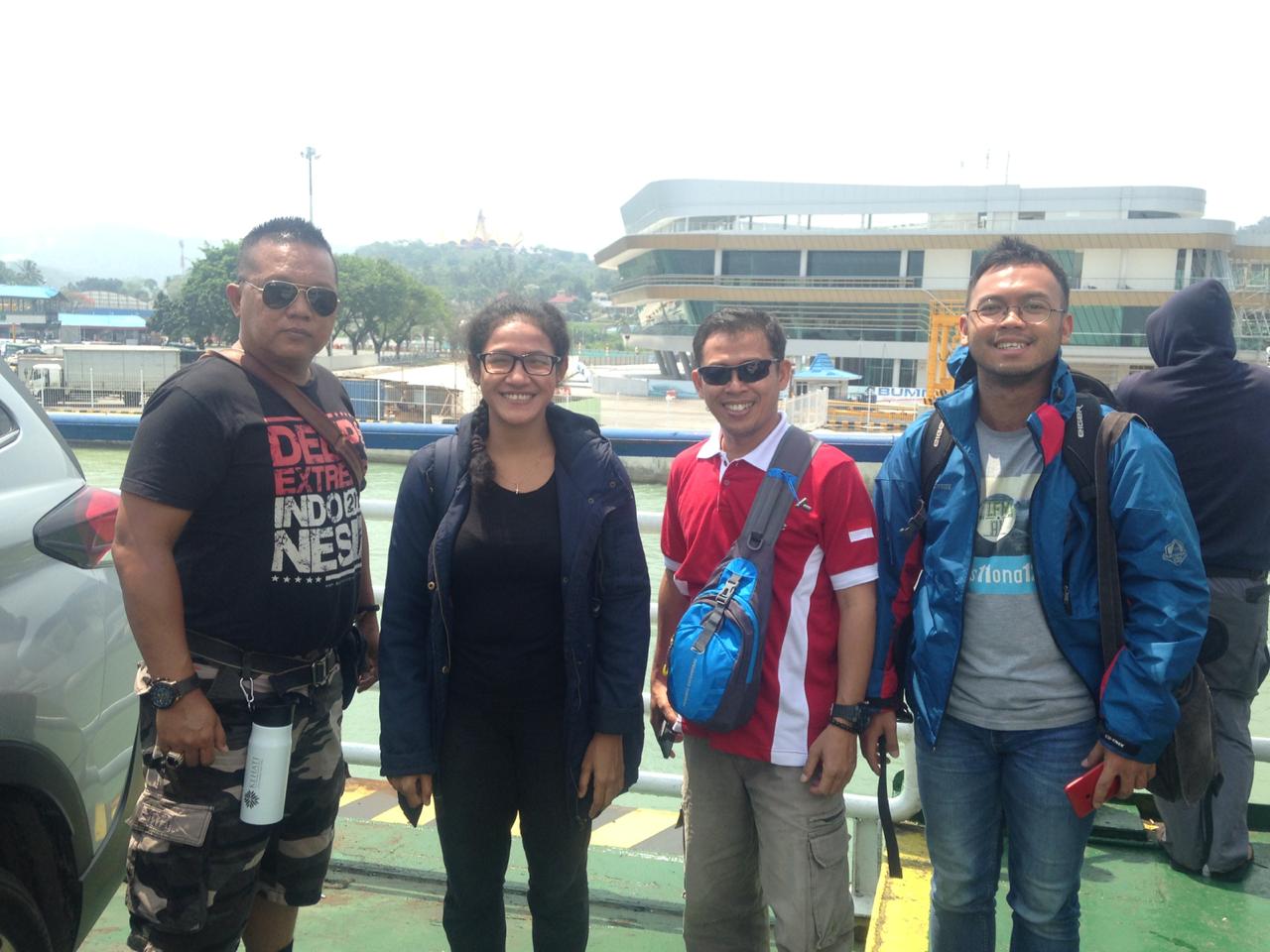 On the third day, the participants went on a long journey to TNBBS in Lampung. The picture above shows the participants taking photos on the ferry that took them across the Sunda Strait from Merak Port to Bakauheni Port. Along the way, participants were accompanied by committee members from KSDAE, such as Mr. Rumchani Agus Sulistiyo (red shirt) from the Directorates of Conservation Area. 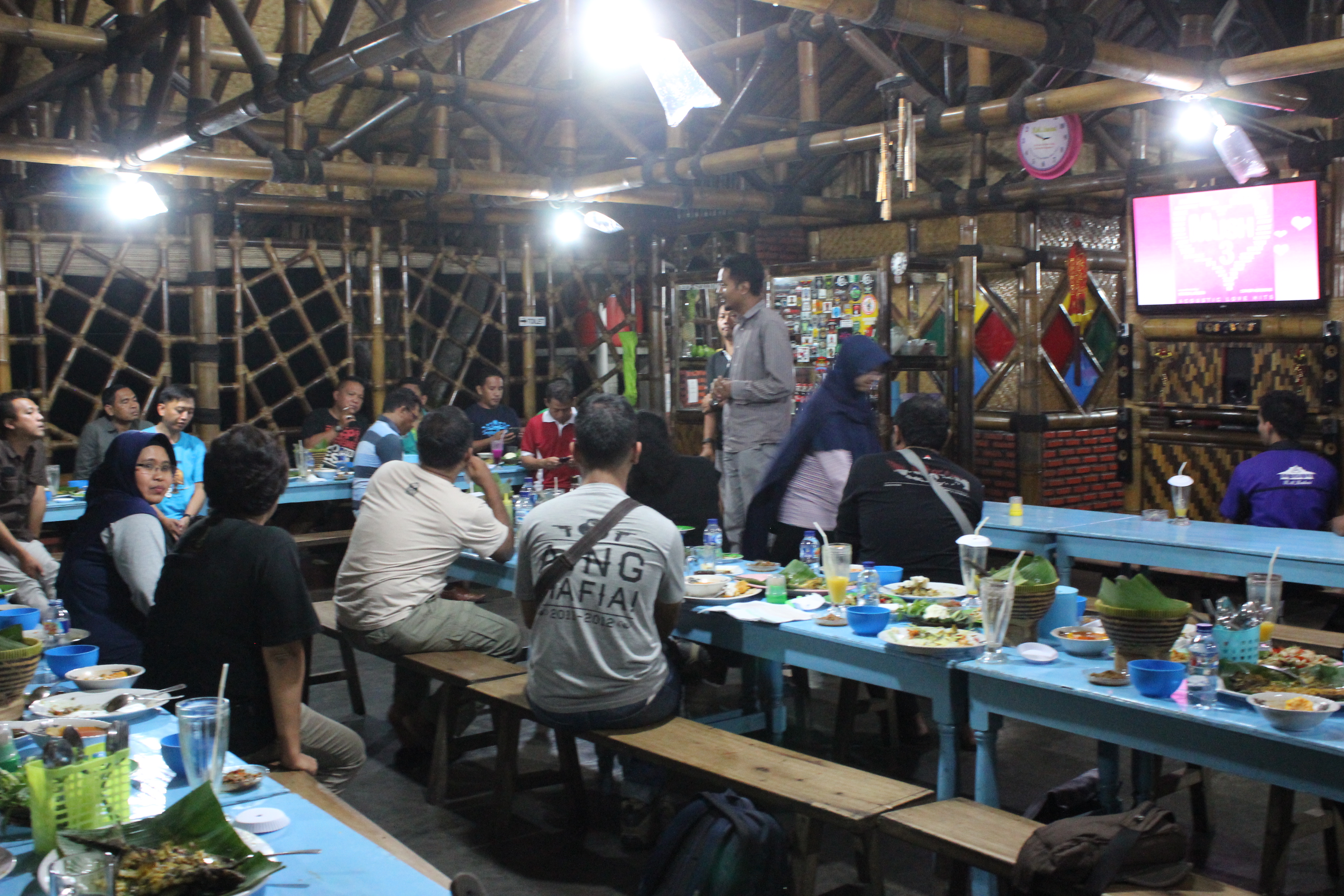 When they arrived in Kota Agung Lampung, participants were welcomed by members of the FKKI organizing committee from WCS and WWF. Next, they were briefed on the activities around TNBBS while enjoying their dinner. 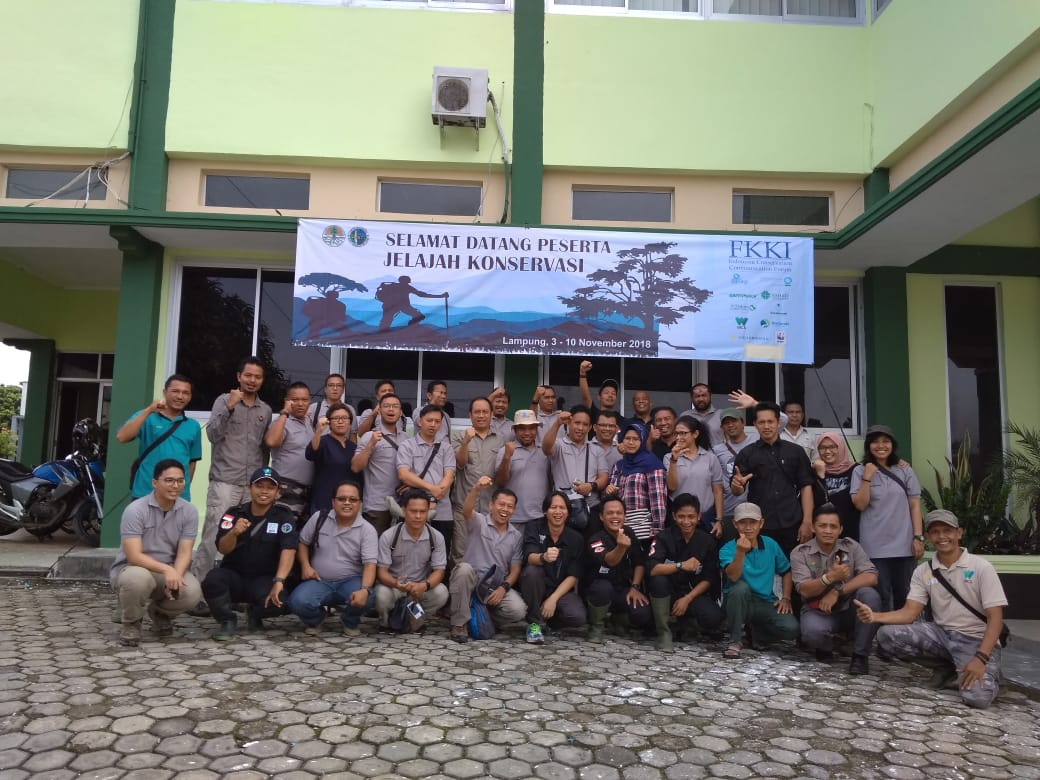 Day 4 began with an opening speech by the Head of Technical Conservation Division of TNBBS, Mr. Ismanto, at the town hall. 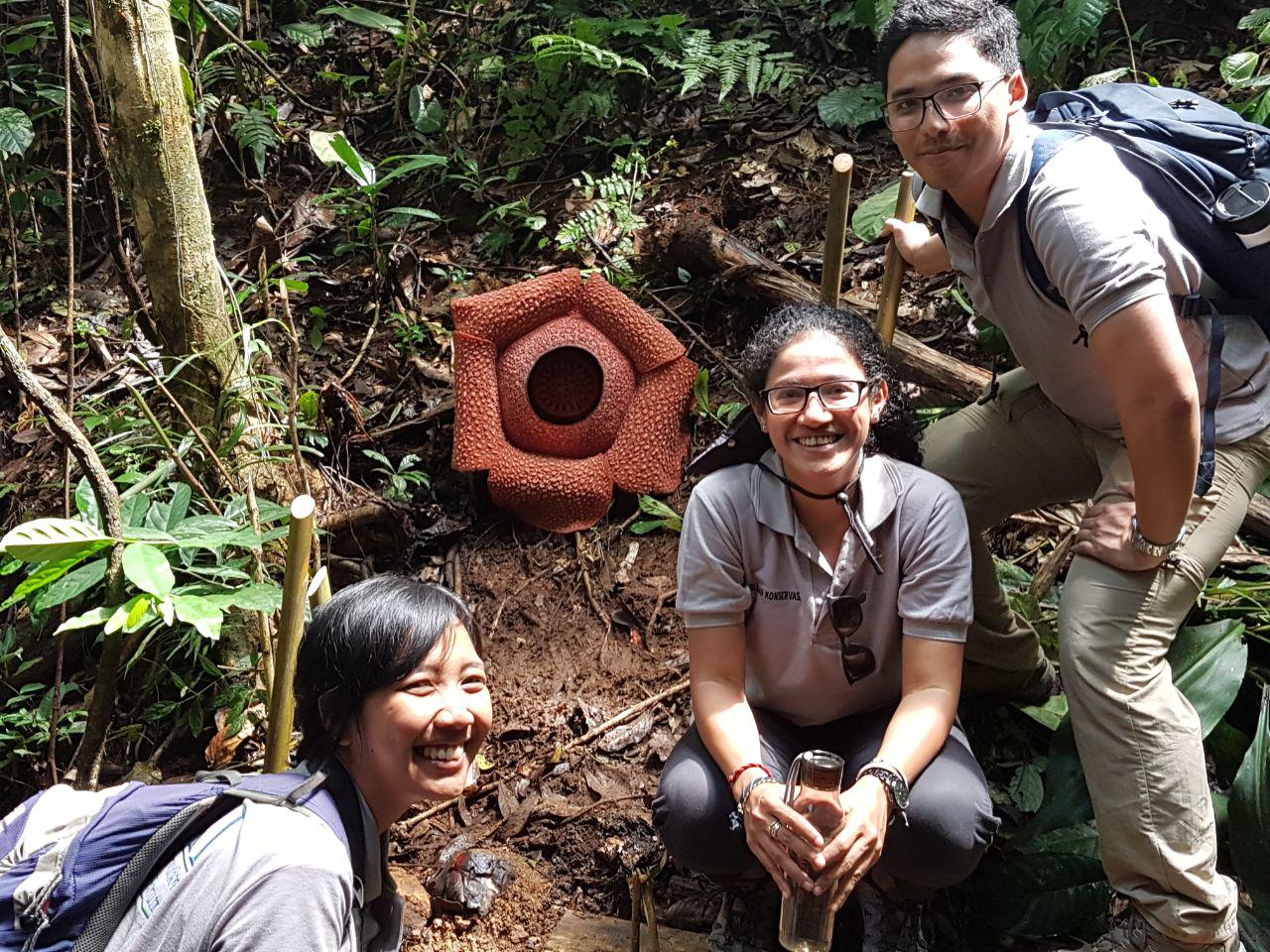 Before heading to Way Canguk Research Station, participants of Jelajah Konservasi took the time to see the Raflessia arnoldii blooming at one of TNBBS sites. How Beautiful! 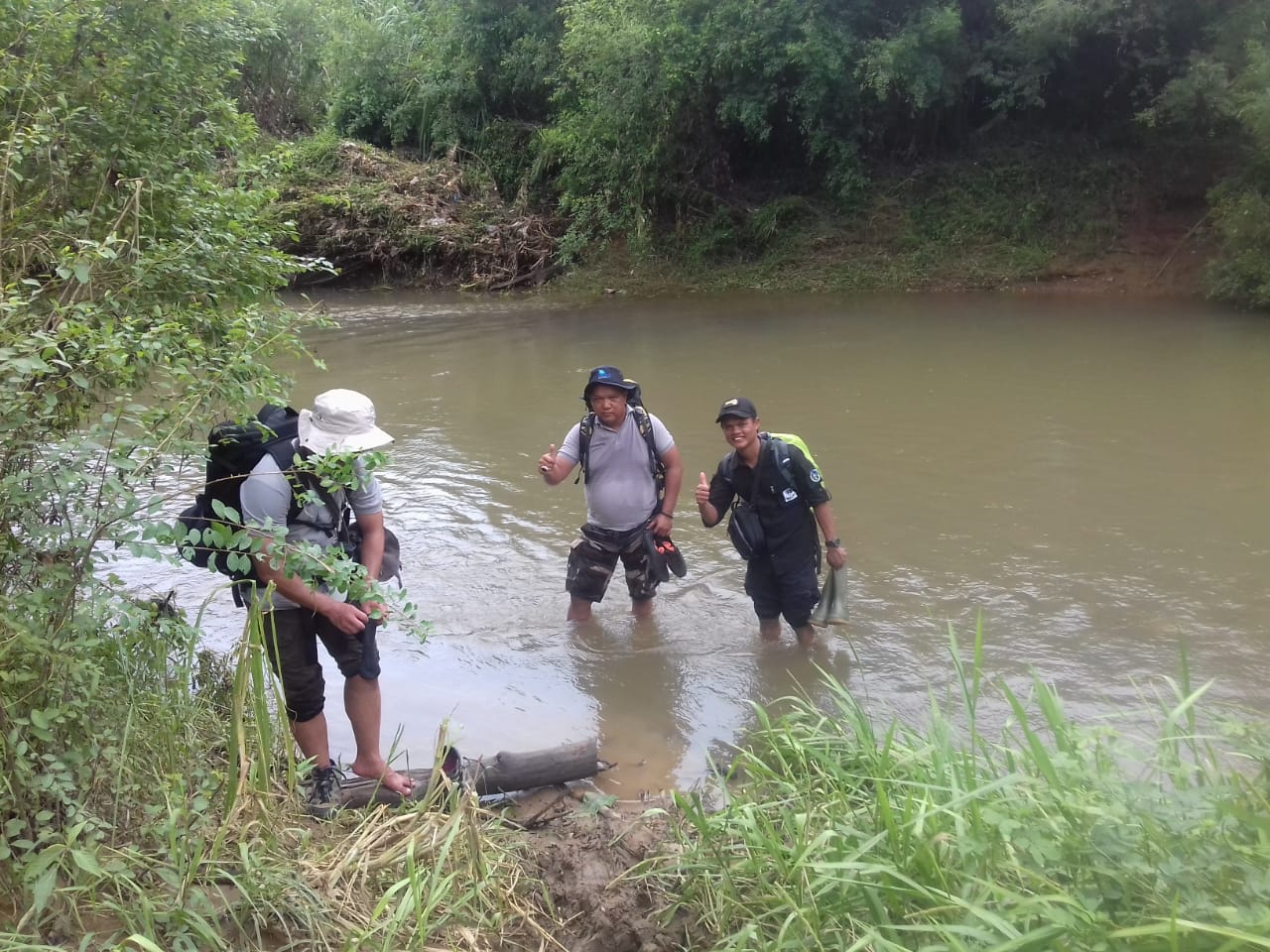 It took the participants two hours by foot through the forest to get to Way Canguk Research Station. They had to deal with leeches clinging to their legs. They also had to cross a river that borders the settlement area and the National Park. 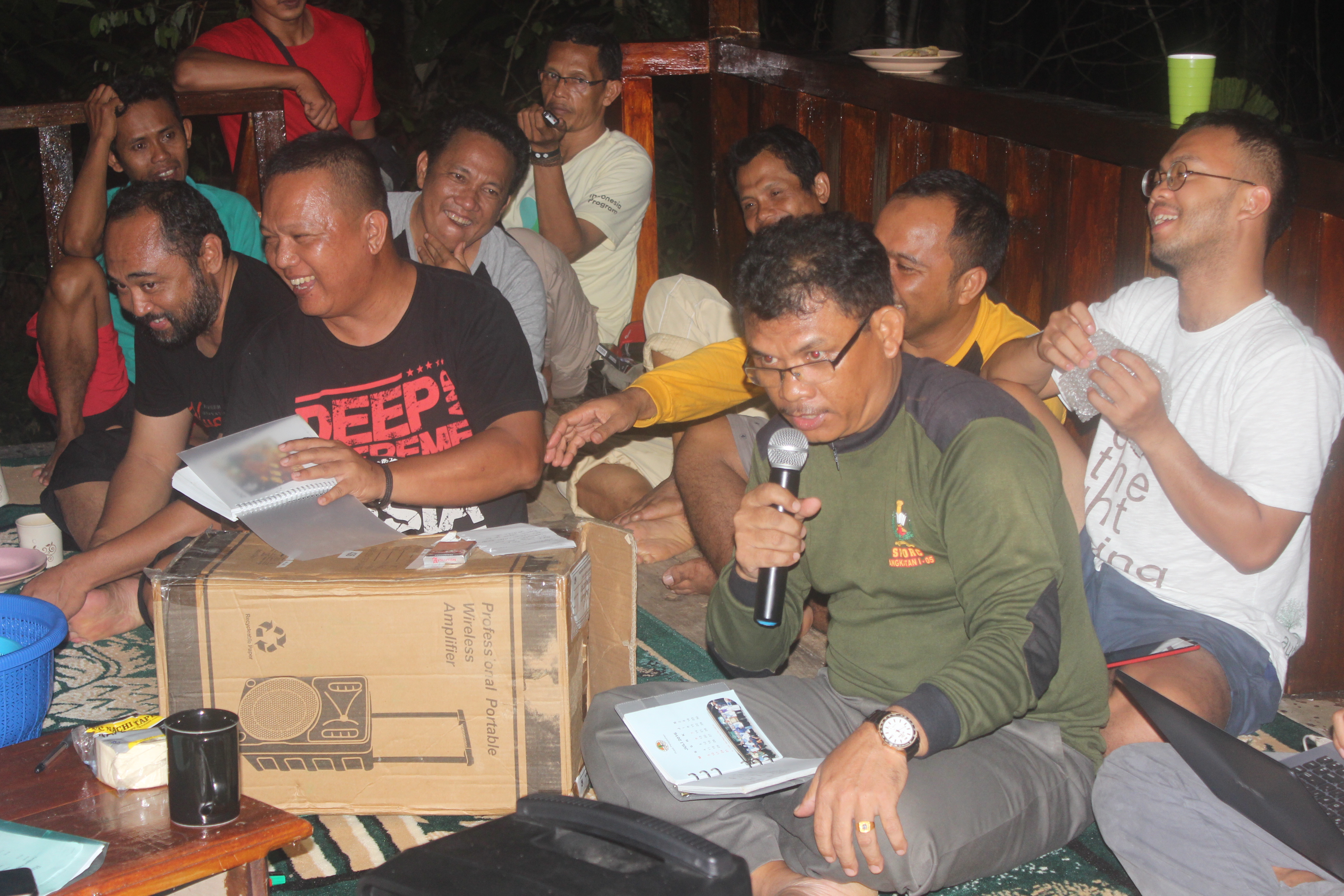 Participants of Jelajah Konservasi were trained to use SMART Patrol for forest patrols. SMART Patrol is a data collection application developed based on practical experience to improve the effectiveness and efficiency of patrol activities in conservation areas. Around Way Canguk, local residents around TNBBS work as local WCS guides who help rangers during forest patrols and in collecting flora and fauna data to be entered into the SMART Patrol apps. Aside from the SMART Patrol, participants were also introduced to Global Forest Watch, an online system for monitoring tropical forests. 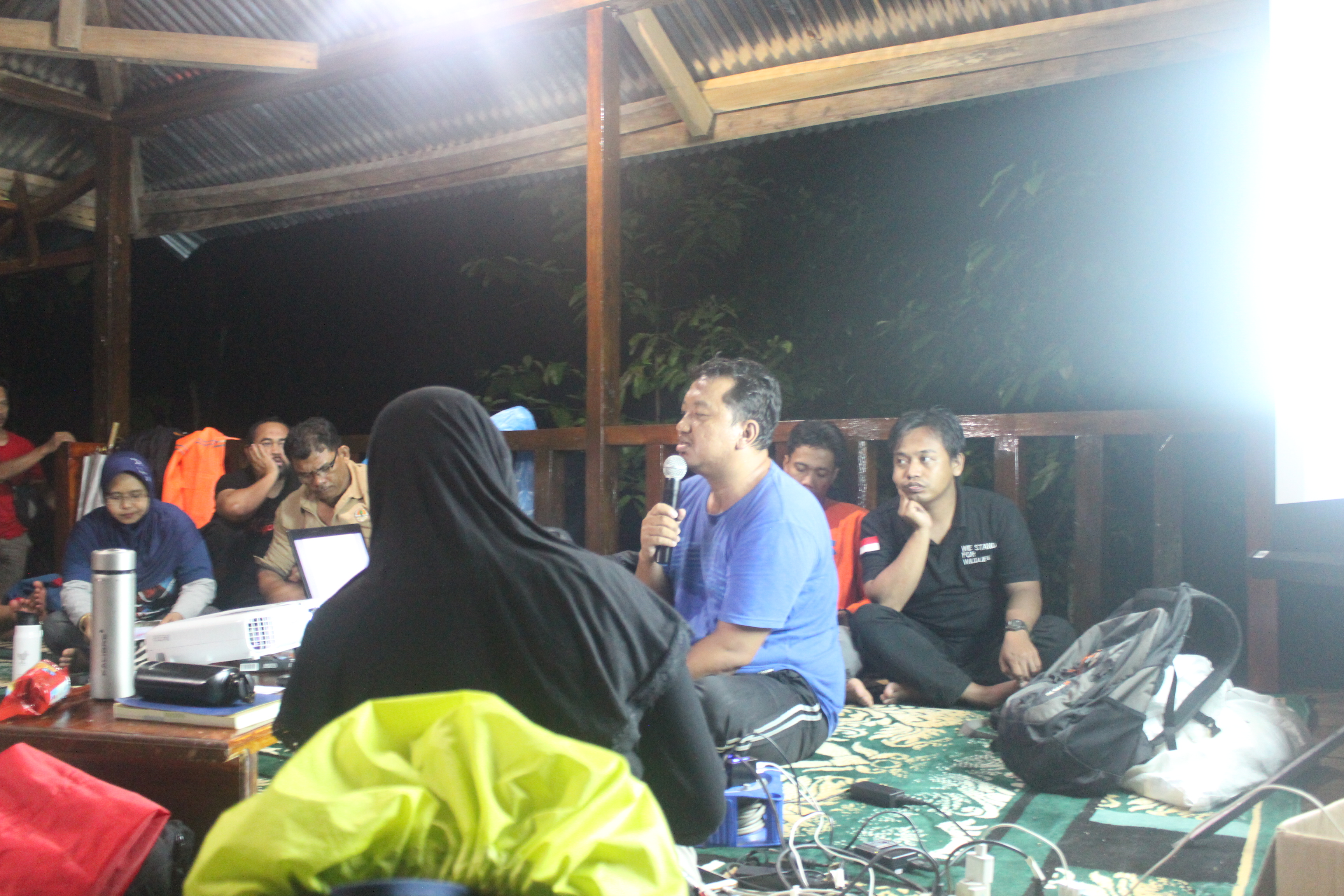 After dinner, participants of Jelajah Konservasi attended a presentation by Mr. Hagnyo Wandono, a Forest Ecosystem Controller from TNBBS. He gave an explanation on the collaborative management of TNBBS with partners, such as WCS and WWF, especially in monitoring the area, including its flora and fauna potential. 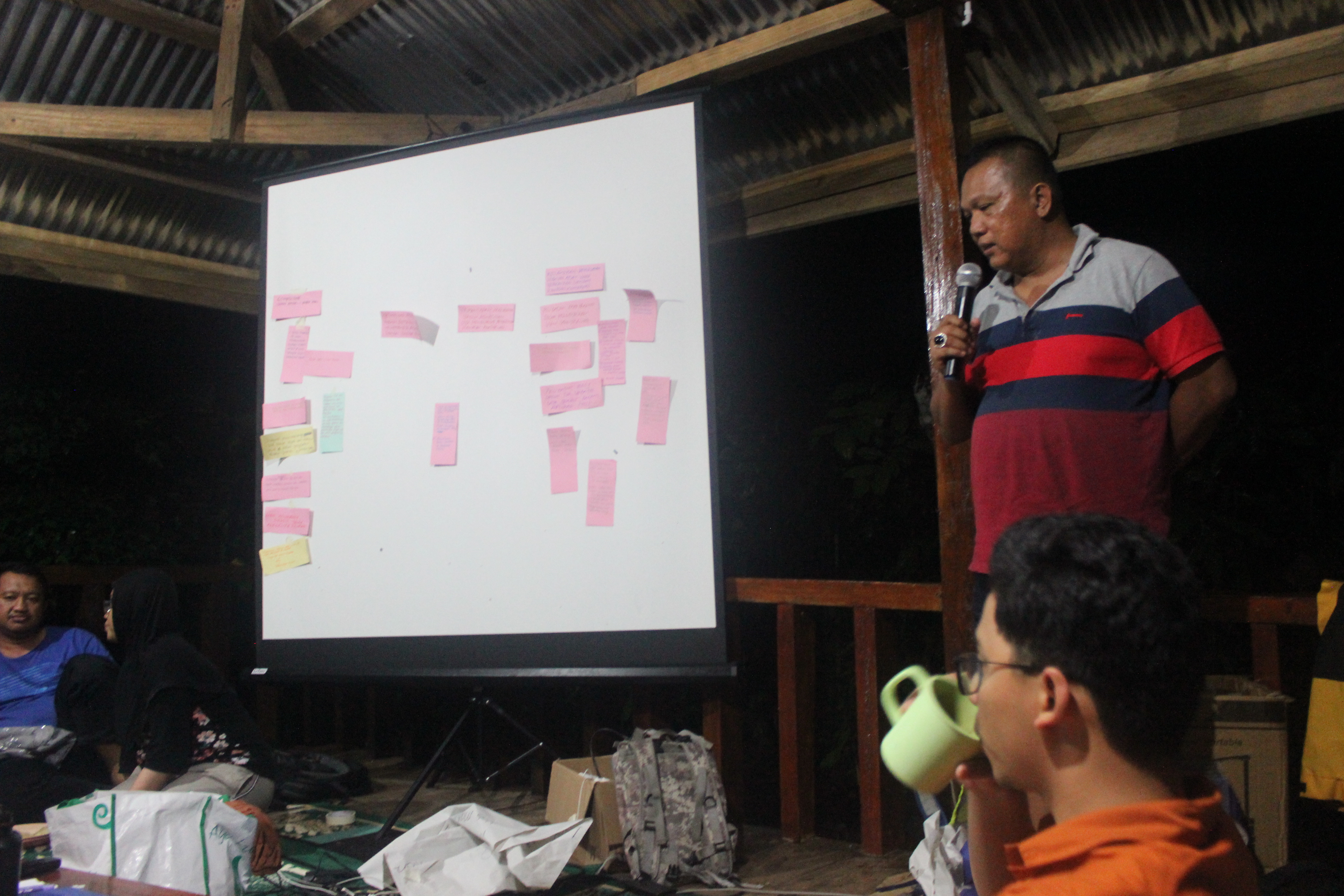 After the presentation, participants discussed the field activities carried out in the afternoon, specifically on forest monitoring techniques. In this session, participants shared their experiences conducting forest patrols in their respective work areas and the methods used. 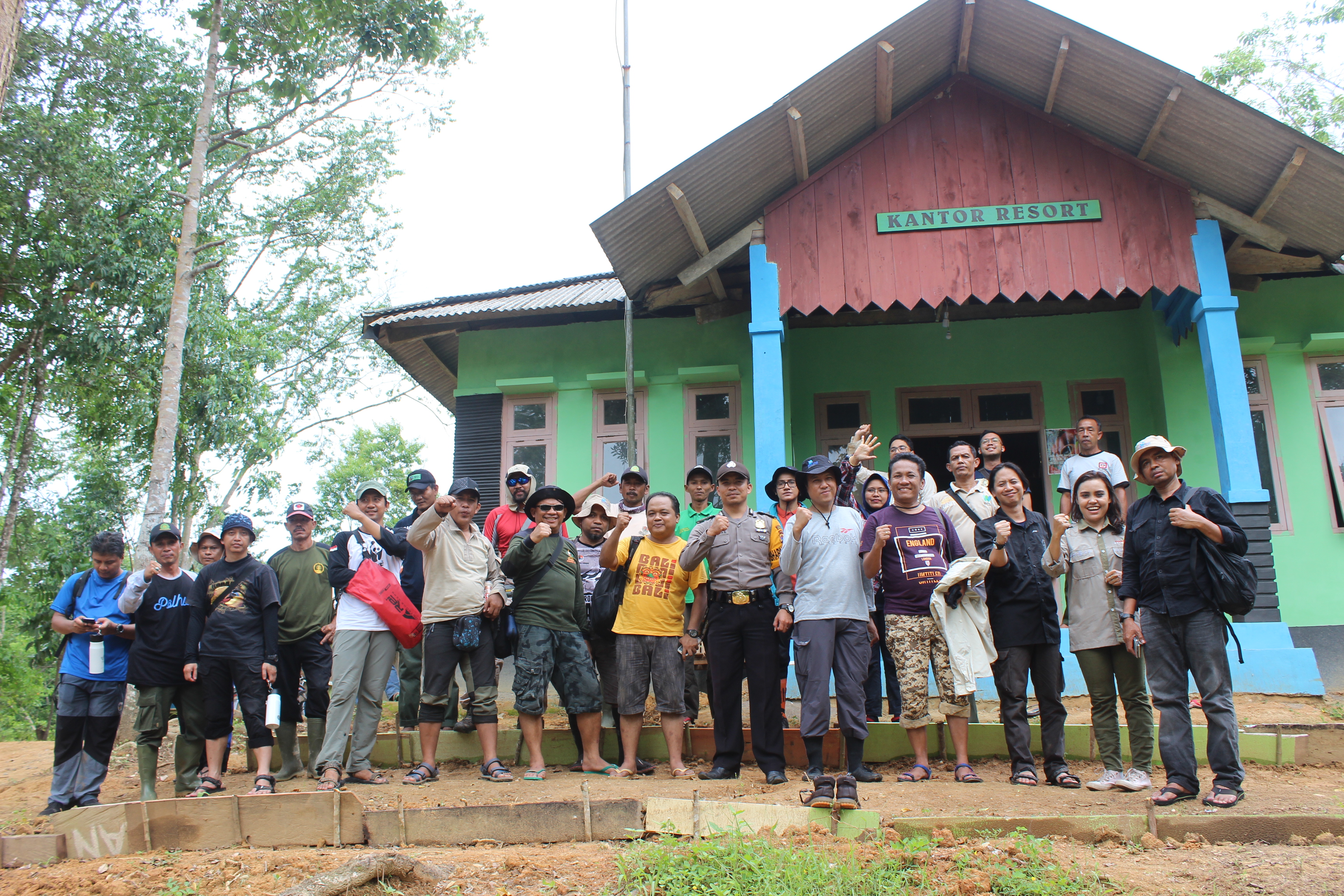 In the morning, participants left Way Canguk Research Station and head to the Pemerihan Resort. At the resort’s office, participants received their briefing and an overview of the area to be visited, especially to learn about potential human-animal conflicts. 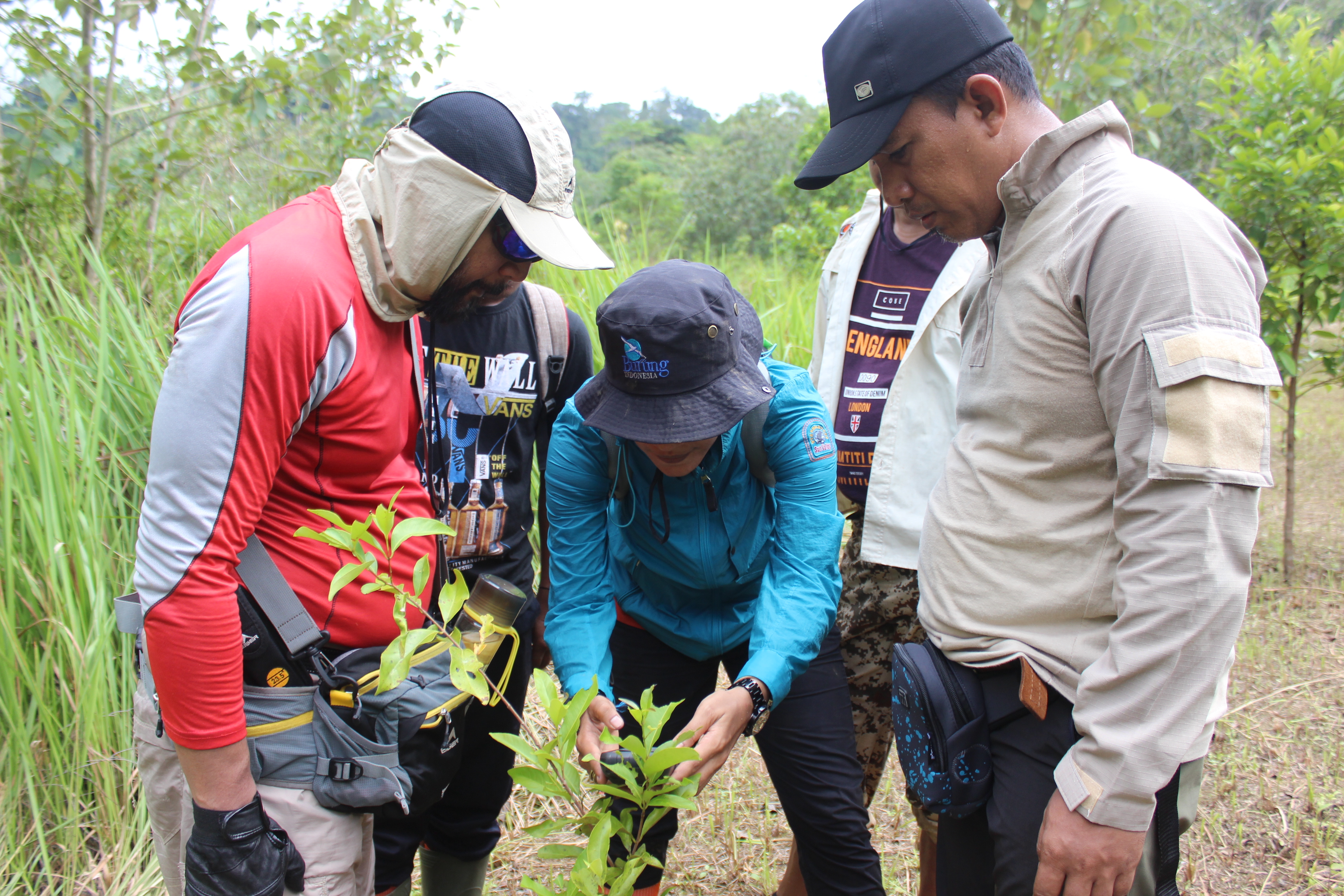 In the field, participants practiced using the geotagging method implemented by WWF for its ecosystem recovery program called NewTrees. This method records the coordinates of saplings when they are planted for regular monitoring. 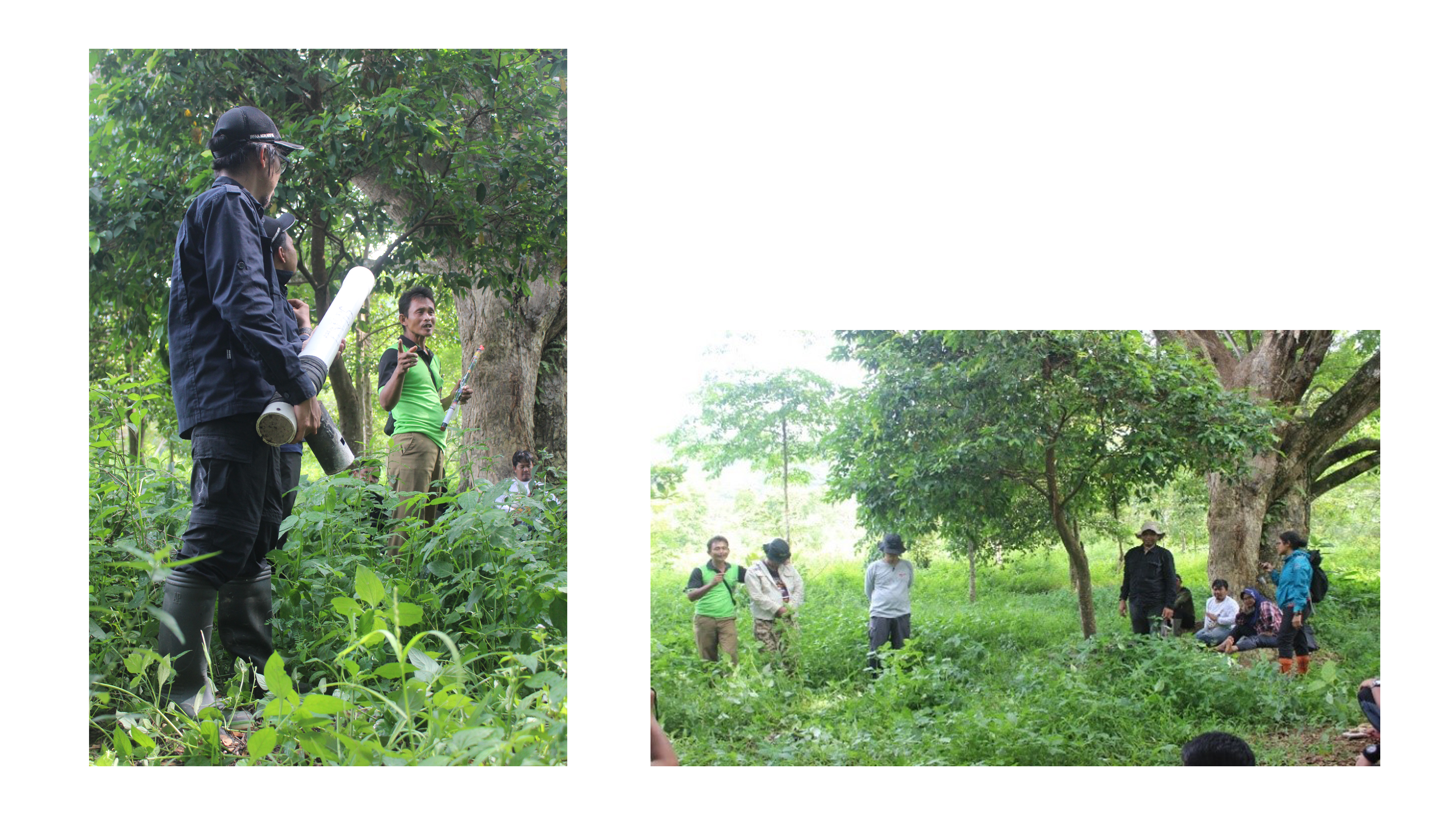 Participants were briefed on several elephant-human conflict mitigation methods that had been implemented both by the TNBBS and independently by the community. 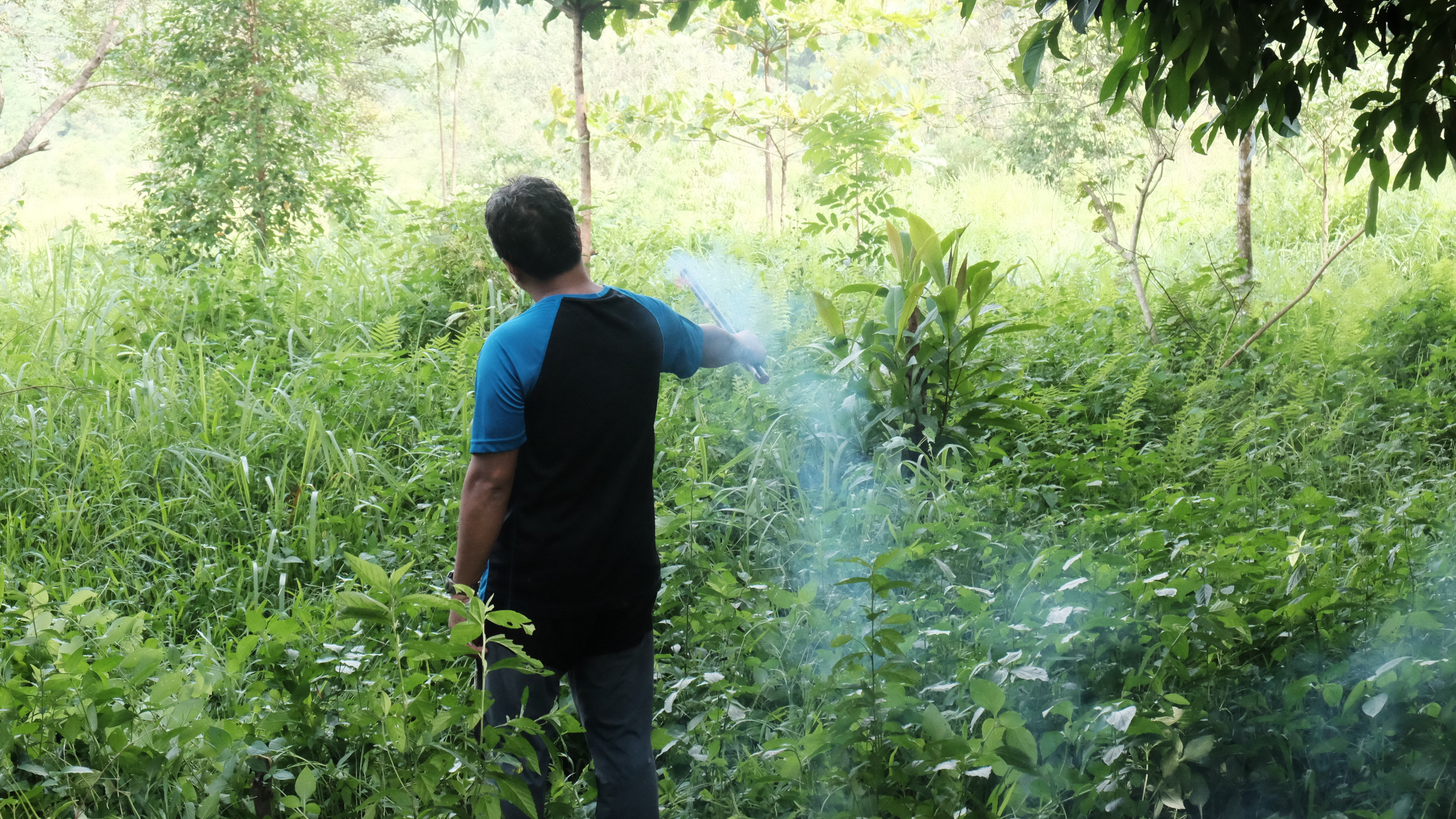 This method uses fireworks/firecrackers to repel elephants. The loud noises are expected to drive elephants back into the forest. 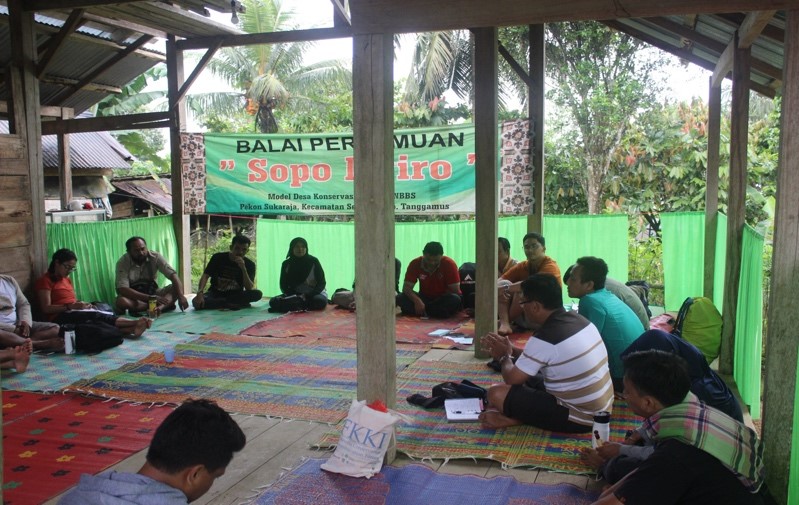 On the sixth night, participants moved to Sukaraja Village. Here, they stayed with the locals. Sukaraja is a village that directly borders the TNBBS. Here, the participants learned three things from the locals, namely human-animal conflict mitigation, the potential of micro hydro as an environmental service and community-based ecotourism development. The head of TNBBS, Mr. Agus Wahyudiyono, also participated in the discussion with community members on the seventh day.

The use of anti-tiger cattle-pens by Sukaraja villagers is considered effective in reducing livestock losses from tiger attacks. At Sukaraja village, the participants learned how to make these pens.

On the seventh night, the participants reached Kotaagung and held a discussion on ecosystem recovery with the committee members from FKKI and KLHK moderating. 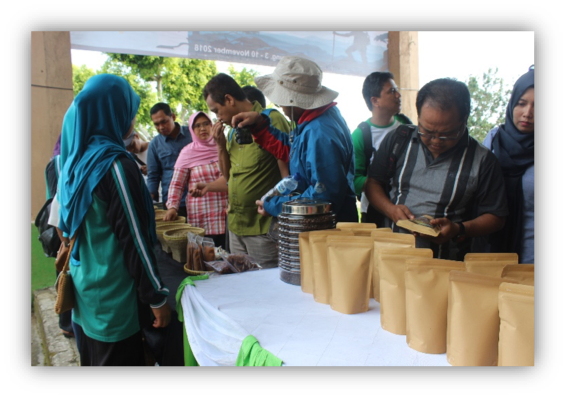 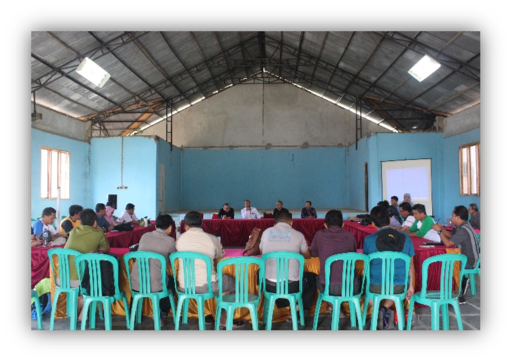 Materials on the implementation of social forestry were presented at the meeting hall. During the activity, participants were treated to local produce courtesy of the farmers of the Beringin Jaya Community Forest. 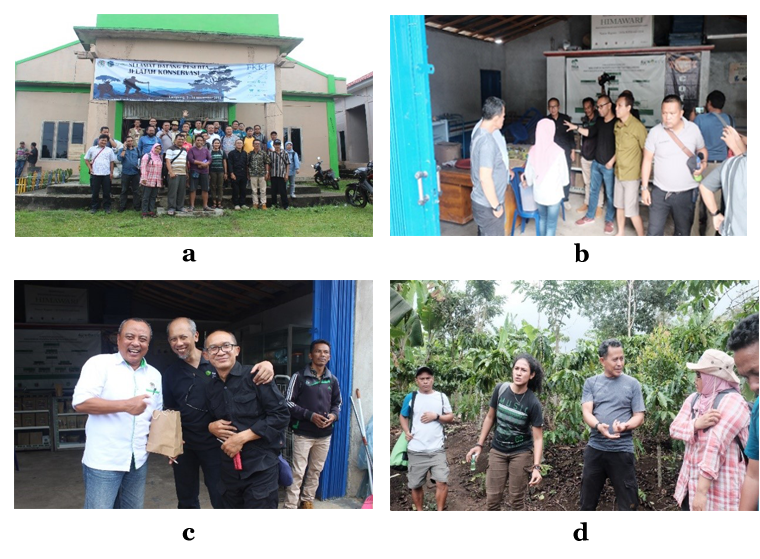 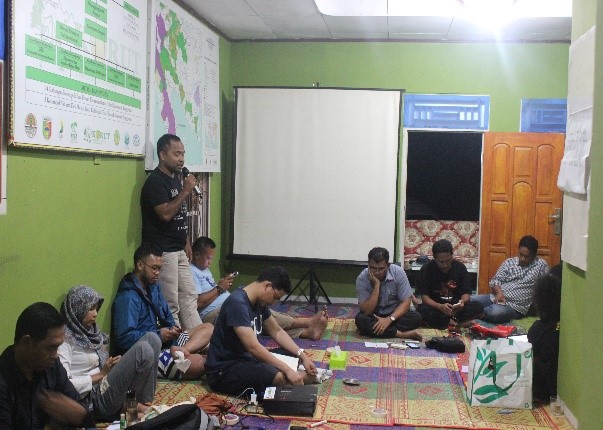 At night, a discussion session was held to share experiences on the implementation of social forestry through the Community Forest scheme within the buffer zones of TNBBS. The discussion took place at the Korut office in Tanggamus. 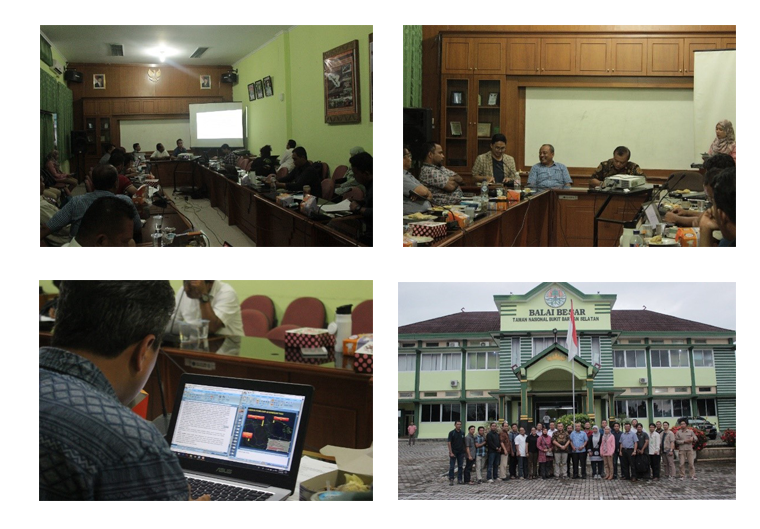 The four photos above show the activities held on the ninth day at the TNBBS office. After the opening speech by the Head of Balai Besar, each participant presented the results of the applicative tasks to be attempted in their respective work areas. These applicative tasks covered a series of activity plans based on the results of the discussions carried out following the briefings and site visit. The implementation of the applicative tasks will be examined after six months by the Director of the Conservation Area as a representative of the KSDAE of the KLHK.

The 10th day is the final day of Jejak Konservasi. It was time to go back to Java by bus. The bus, having stopped along the way for lunch, arrived in Jakarta in the afternoon. The participants were then escorted to an inn, before returning to their respective work areas the following. Goodbye, see you again.