Home > Blog > The Role of Women in Tandun Village

Through this post, I'd like to present some portraits of women's roles in Tandun village, in Rokan Hulu District, Riau Province, based on my daily interactions there. According to a profile of the village in 2018, its population of 7,178 people consists of 3,671 men and 3,507 women.

Going by those figures, the roles of the women must have significant influence on social, economic, and political issues in the village. Some things I heard in Tandun village included:

"Let her take care of our children at home."

"Field issues are a husband's matter."

And when asked the price of fertilizer, a woman replied: "Sorry, I don't know, wait a minute please, I will call my husband first."

In daily life, people take on four main roles. There are (a) expected roles, or the ideal role in another person’s view; (b) actual roles, or how we really function in daily life, (c) ascribed roles, a given role which doesn't need effort, and (d) achieved roles, or a role based on one’s own decision (Narwoko in Angelia E. Manembu, 2017). 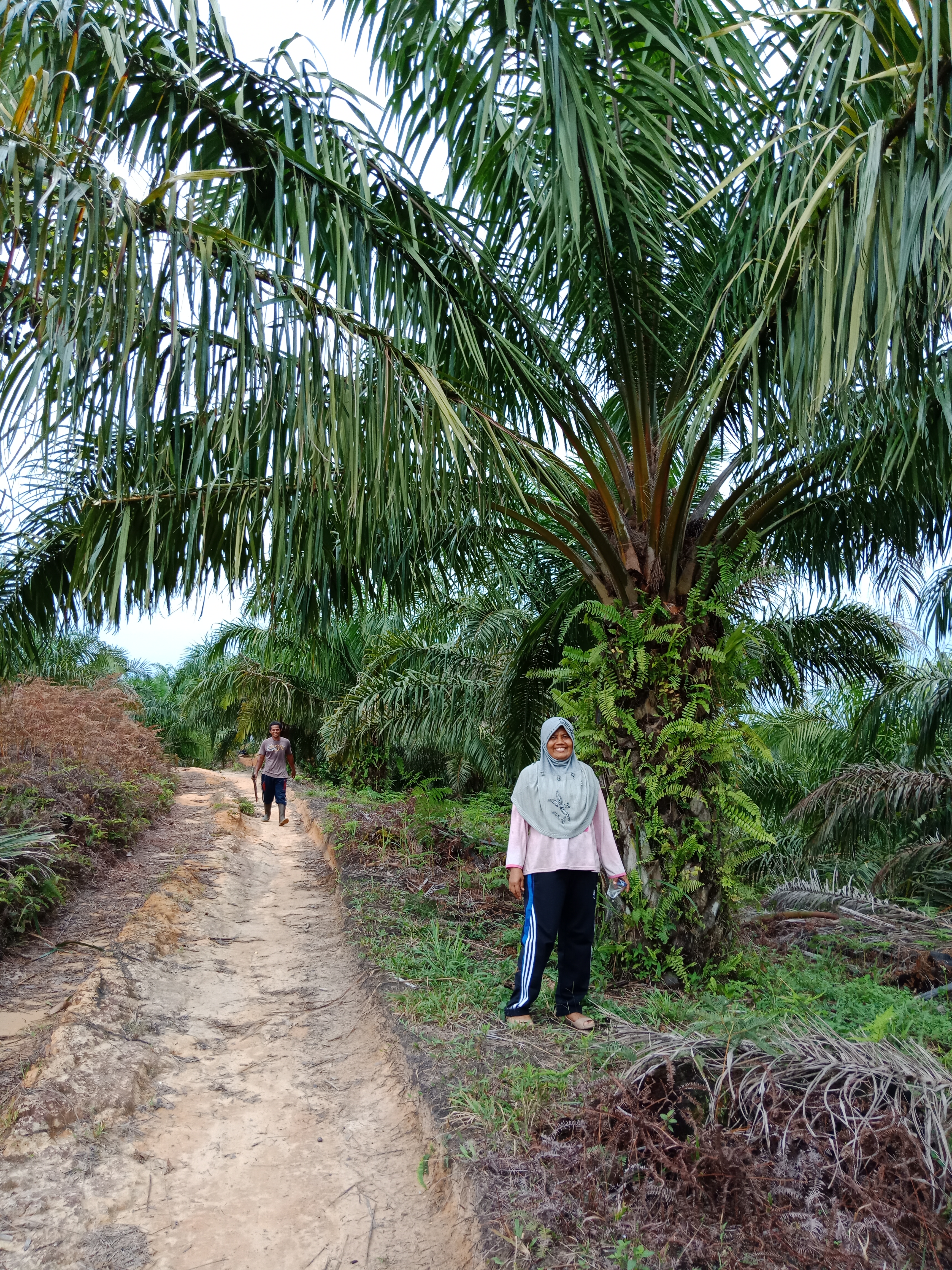 Through interactions in Tandun village, I saw some women in roles considered ideal or expected by others. This was confirmed in a short meeting with some women and men, who confirmed that women were expected to be at home to take care of kids and the kitchen - the household things.

But over time there had been an increasing need for women's roles to extend to natural resource management, such as palm and sand management in Tandun village.

The changes in their social roles depended on the situation and the character of each woman, and roles outside the house were considered unusual and sometimes not easily accepted by the community.

When I went to the palm field, I saw a woman clearing the field with her husband. Another time, the wife of Mr. W, one of the farmers who also owned the field, was working there, but not doing hard physical work. She was preparing food for farmers, taking the loose fruit, and cropping fronds to be cooked. She told me it was the first time in two years that she was allowed to go to the field, as Mr. W was getting older. Before, it was uncommon for women to go to the field; not like today. 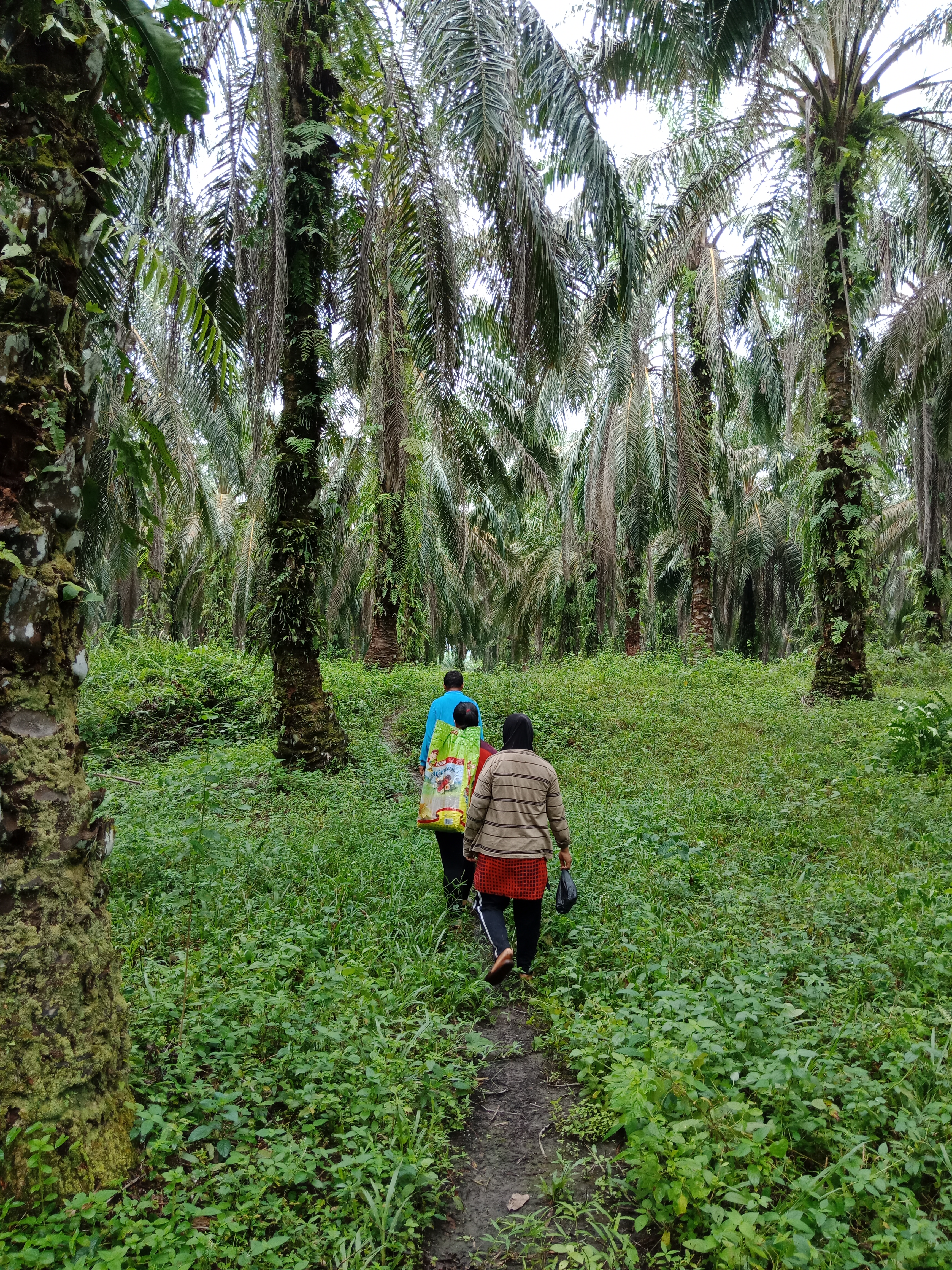 I also met Mrs. A, a worker in the field. Unlike the wife of Mr. W, who was the owner of the field, Mrs. A had to do some heavy jobs such as cropping the palm and spraying pesticide, which required carrying 18 kilo tanks. 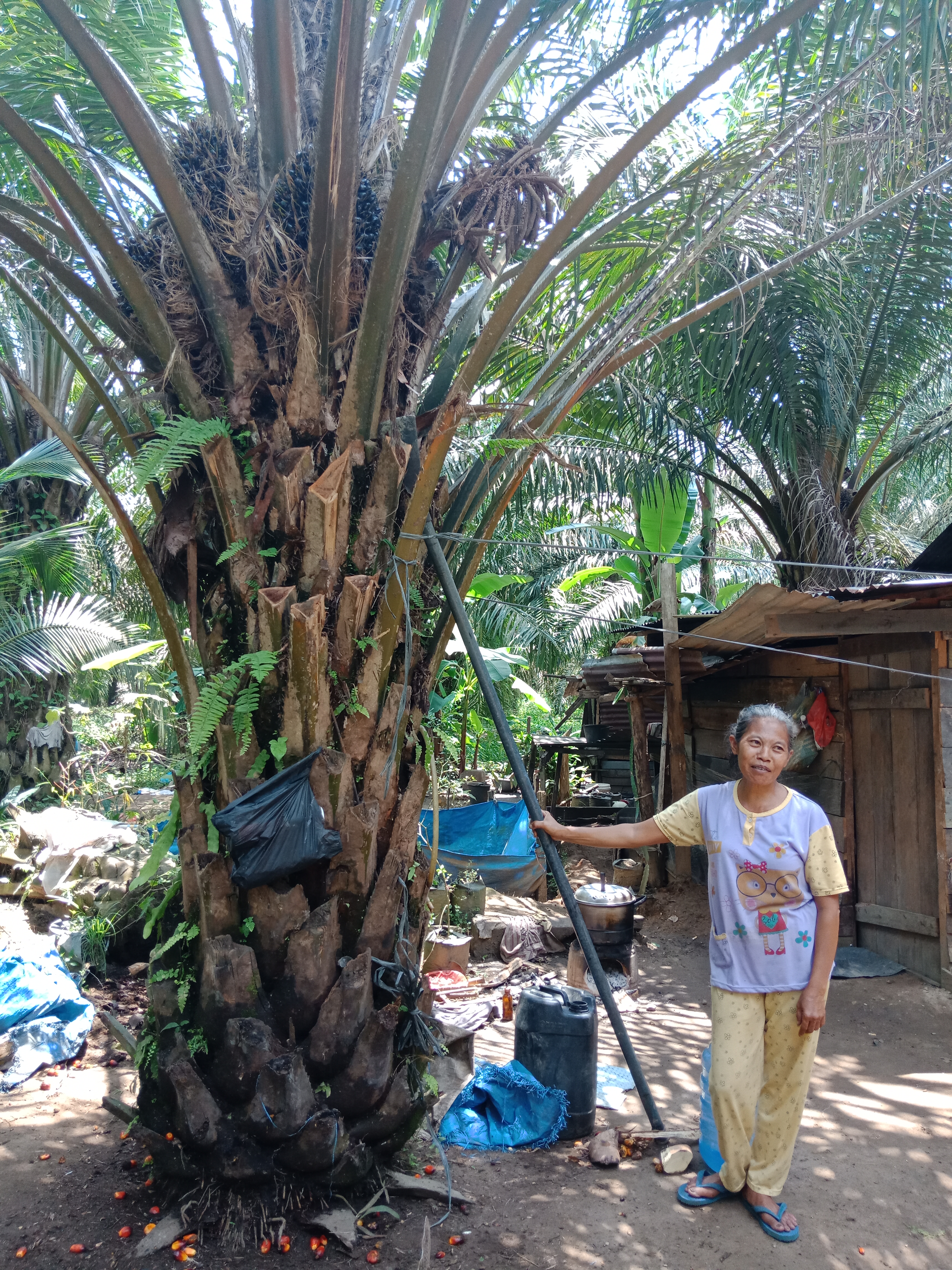 Mrs. A is holding a *dodos* tool or harvesting tool made of fiber with a length of approximately 2 meters. Credit: Hendrika Tiarma

"If you want to eat well, marry a Javanese. If you don't want to work, marry a Sumatran (Bataknese or Nias). If you're looking for troubles, marry these villagers."

These judgments show that Bataknese or Nias women typically work in public spaces, while Javanese women and local women work in domestic areas. 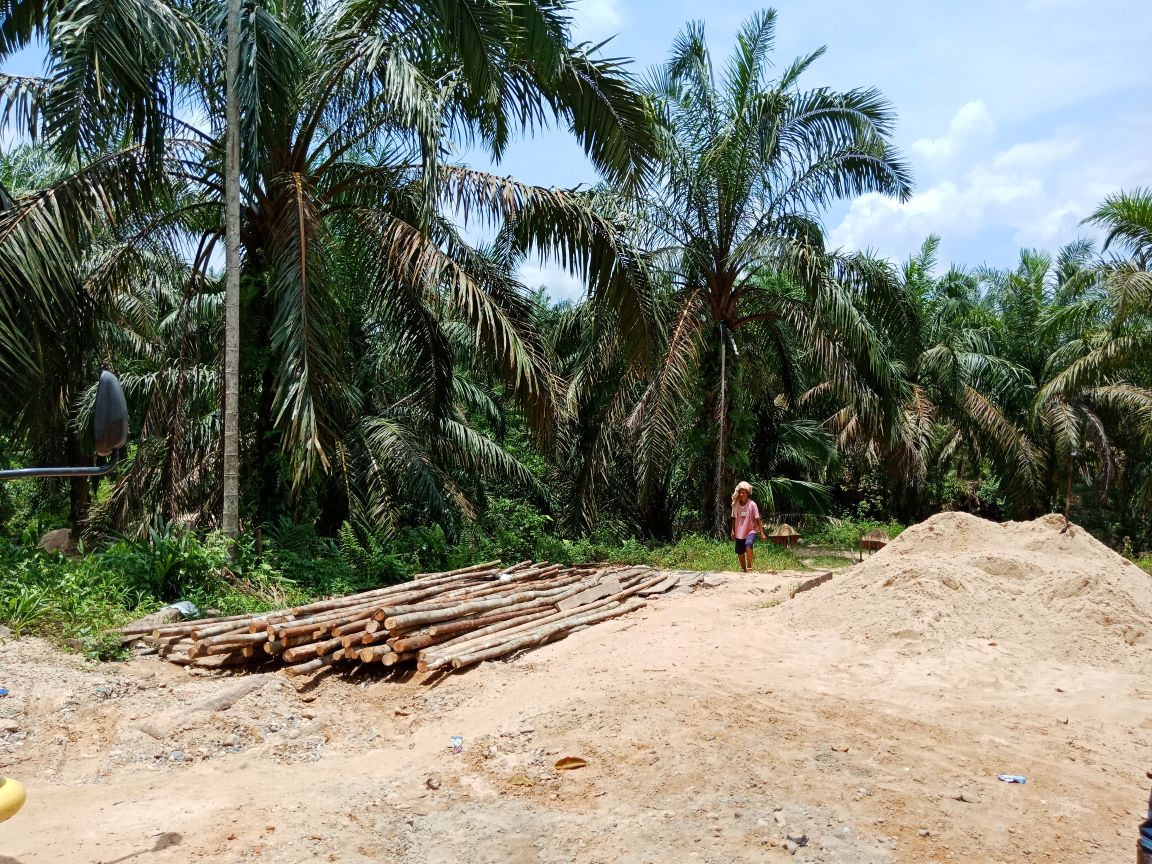 Those stories show us that besides having an ascribed role such as daughter, mother, or grandmother, a woman can also gain a role by choice or achievement. A dynamic social life gives room for a woman to choose what's best for her and her family. This role is a brave choice for a woman, as it will mean giving her time and energy to fulfill her family's needs.