This week, President Joko Widodo launched the One Map Policy Geoportal resulting from the One Map Policy Acceleration mandated by Presidential Regulation No. 9/2016. Out of the 85 1:50.000-scale thematic maps targeted, 83 were successfully obtained from 19 Ministries/Institutions and 34 Provinces. These maps were then compiled by the Secretariat team led by the Coordinating Ministry for Economic Affairs and the Geospatial Information Agency (BIG). The only remaining map to be added to the Geoportal is the National Marine Spatial Plan and village/ward administrative boundary maps.

This is, for sure, a noteworthy achievement. For the first time ever, the government has an authoritative collection of thematic maps that is standardized using a single reference and integrated in one geoportal. In this case, authoritative means that each map is officially issued by a sectoral government agency acting as data custodian. Furthermore, standardized using a single reference means that all maps refer to the same basic map, which is the 1:50.000 scale map of Indonesia issued by the BIG. Finally, integrated in one geoportal means that all maps are managed in a single information system that connects Ministries, Institutions and Local Governments.

During the launch of the One Map Policy Geoportal, President Joko Widodo instructed government agencies to expand and utilize the One Map Policy to resolve overlapping land use, which is behind the high number of land conflict cases in Indonesia. As of May 2018, the Presidential Staff Office has received 334 reports of agrarian conflict cases involving more than 96,000 households disputing 233,000 hectares of land.

Realizing the President’s vision of using the One Map Policy to resolve overlapping utilization and land conflict will require massive effort. The Coordinating Ministry for Economic Affairs will complete maps indicating overlapping use, develop synchronization guidelines and issue recommendations for the resolution of overlapping land use. All this, however, calls for a number of things to be done.

The details available in 1:50.000 scale maps are not enough to help resolve land conflicts at the village level. Agrarian conflicts that occur in villages can only be traced on maps with scales of 1:10.000 to 1:1.000. Furthermore, Community Plantation Maps, Social Forestry Maps and Potential Indigenous Territory Maps are currently not available. Meanwhile, the Agrarian Reform Commission noted that plantations and forests were the main sources of land conflict throughout 2017. Without more complete and accurate maps of plantations, forests and community claims, the government will find it difficult to decisively resolve land conflicts.

Maps created under the One Map Policy are issued by government agencies without consulting any external party whether private companies or citizens. Furthermore, the geoportal is currently only accessible by the President, Vice President, Ministries, Agencies and Regional Governments as stipulated in Presidential Decree No. 20/2018. Members of the public are unable to check, provide input or amend incomplete maps. When map preparation and synchronization of resolutions for overlapping land use are carried out in a non-transparent and non-inclusive manner, new conflicts may arise. The One Map Policy is hoped to help push for the open government and corruption prevention agendas; for now, these goals have yet to be reached and the policy might be vulnerable to abuse.

According to the BIG, as of August 2018, only 8 Ministries/Institutions and 19 Provincial Governments maintain operational and optimized network nodes. This means that most government agencies are not yet fully prepared to manage maps created under the One Map Policy, mainly because one or more aspects of the [5 Pillars of the National Geospatial Information Network (Jaringan Informasi Geospasial Nasional/ JIGN) remains lacking. These pillars include Policy, Institutional, Technology, Standards and Human Resources. Presidential Regulation No. 27/2014 on NGIN requires government agencies to issue laws to regulate the use/management of maps, assign map production units and management/dissemination units, establish connection with the geoportal, ensure that any data is in accordance with the applicable standards and assign personnel to mapping divisions. With the 5 Pillars of the JIGN left unfulfilled, the use of the One Map Policy by the government cannot be deemed optimal.

In Need of Specific Strategies 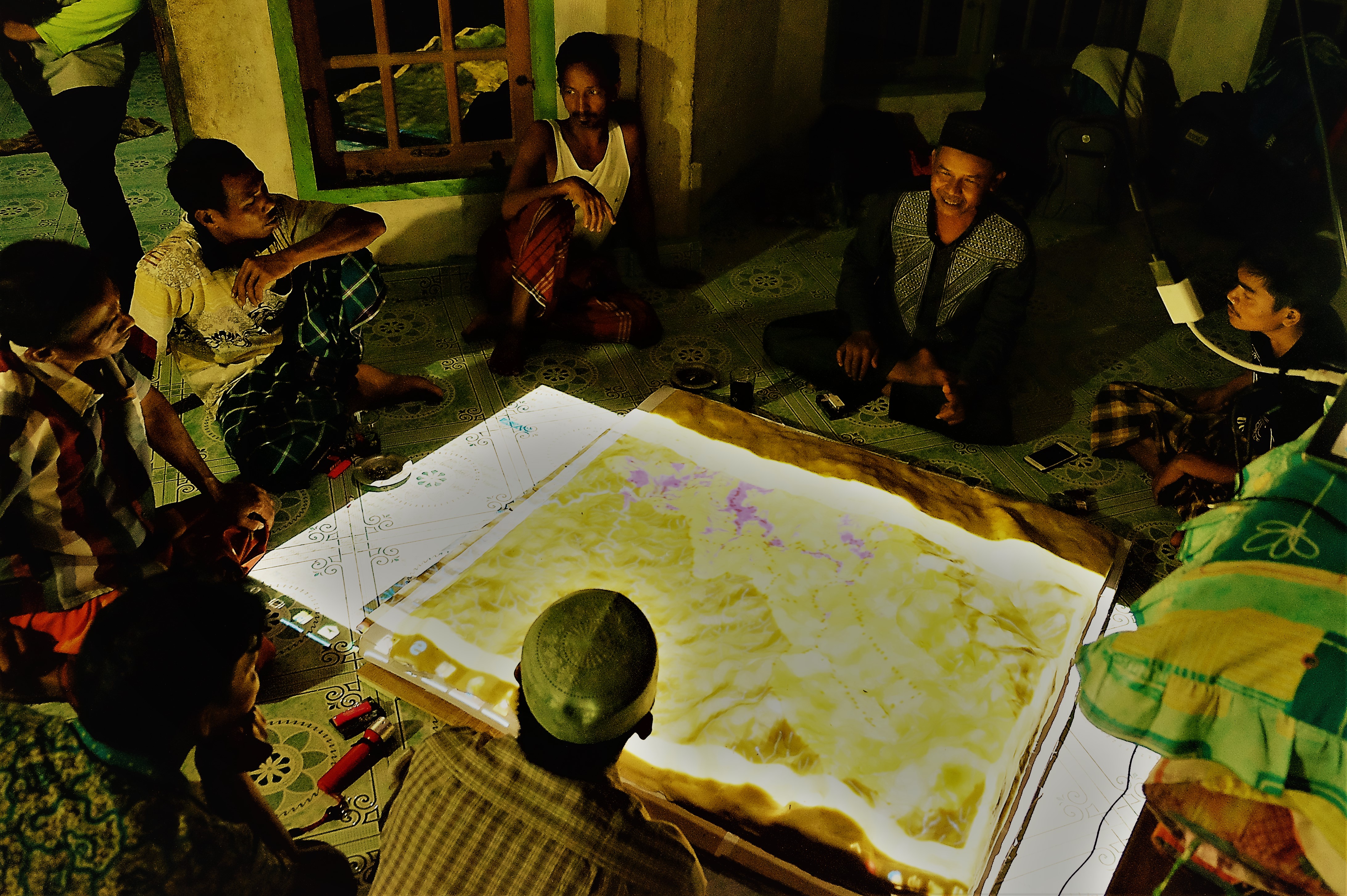 In response to the aforementioned challenges, the President and the Coordinating Ministry for Economic Affairs have provided appropriate directions, such as adding thematic maps, completing large-scale maps and assigning special agencies to manage Geospatial Information (GI) affairs. However, several specific strategies are needed to ensure that the One Map Policy can thoroughly resolve land conflicts.

The BIG needs to prepare regulations, standards and technical mechanisms to allow non-government parties such as private companies and citizens to assist in generating more maps and improving accuracy. These regulations must strengthen the roles of the public as established in Law No.4/2011 on Geospatial Information and Head of the Geospatial Information Agency decree No. 1/2015 on Mechanisms for Community Participation in the NGIN. The BIG needs to prepare standards based on the latest technological advancement with considerations for ease of use and cost effectiveness, such as using drones and satellite imagery. Furthermore, the BIG can prepare a PetaKita geoportal to collect participatory maps from citizens, particularly village and indigenous maps.

2) Prepare mechanisms for public involvement in the One Map Policy, especially for the synchronization of overlapping resolutions

Synchronizing resolutions for overlapping land use without map transparency and public involvement can complicate matters and set off new conflicts. The Coordinating Ministry for Economic Affairs needs to open up the One Map Policy Geoportal to the public at large, at least in stages. This way, citizens living in areas affected by overlapping land use can actively contribute to conflict resolution efforts and at the same time oversee the ongoing synchronization process. Community involvement in the One Map Policy must be accompanied by regulations and technical mechanisms, as stipulated in Law No. 14/2008 on Public Information Transparency and Law No. 32/2009 on Environmental Protection and Management.

Government Regulation No. 18/2016 concerning Regional Instruments makes no mention of GI. As such, the One Map Policy and NGIN are missing from the main agendas of most regional agencies. A BIG study presents 4 options for institutions on the regional level; namely the Regional Technical Implementation Unit (UPTD), the Regional Development Planning Agency (BAPPEDA), the Information and Statistics Communication Service (Diskominfotik) and an ad-hoc team under the Regional Secretary. A number of UPTDs that manage GIs have been dissolved by the Ministry of Home Affairs (Kemdagri) as part of measures to downsize regional instruments. The President should instruct the Ministry of Home Affairs to direct Regional Governments to establish GI management institutions based on each region’s capacity and needs, with guidance from the BIG and the Coordinating Ministry for Economic Affairs.

The Presidential Regulation on the One Map Policy will expire in 2019. President Joko Widodo must immediately prepare a post-2019 strategy and decide whether things will be run the way it is now or if the public will be involved in a transparent and inclusive manner in the name of sustainable and conflict-free development.