Home > Blog > Participatory Mapping, the Key for an Inclusive Development at the Local Level

As the population and community needs grow, local governments are forced to continuously come up with new development programs. To be effective, the real condition on the field has to be considered in the planning of these programs, including physical condition of the area as well as the social, economy and cultural condition of the local community. Maps can help capture these aspects more clearly.

These are some of the advantages of participatory mapping compared to other mapping methods.

Map is a documentation of the state of an area in terms of borders as well as control, utilization and management within the area. With the direct involvement of the community - such as providing basic sketches of their spatial knowledge, including the customary norms used in the management of the area, the map can cover all community information on spatial management of the area along with the local wisdom governing it. This is crucial as the resulting map is intended to inform local governments’ policies, which have to consider the interest of the community.

Data collection at the local level is also an opportunity for the community to collect information on local custom, culture and practice that are mostly undocumented or entirely lost. This would allow for knowledge on customary spatial management to be passed down to the younger generation. 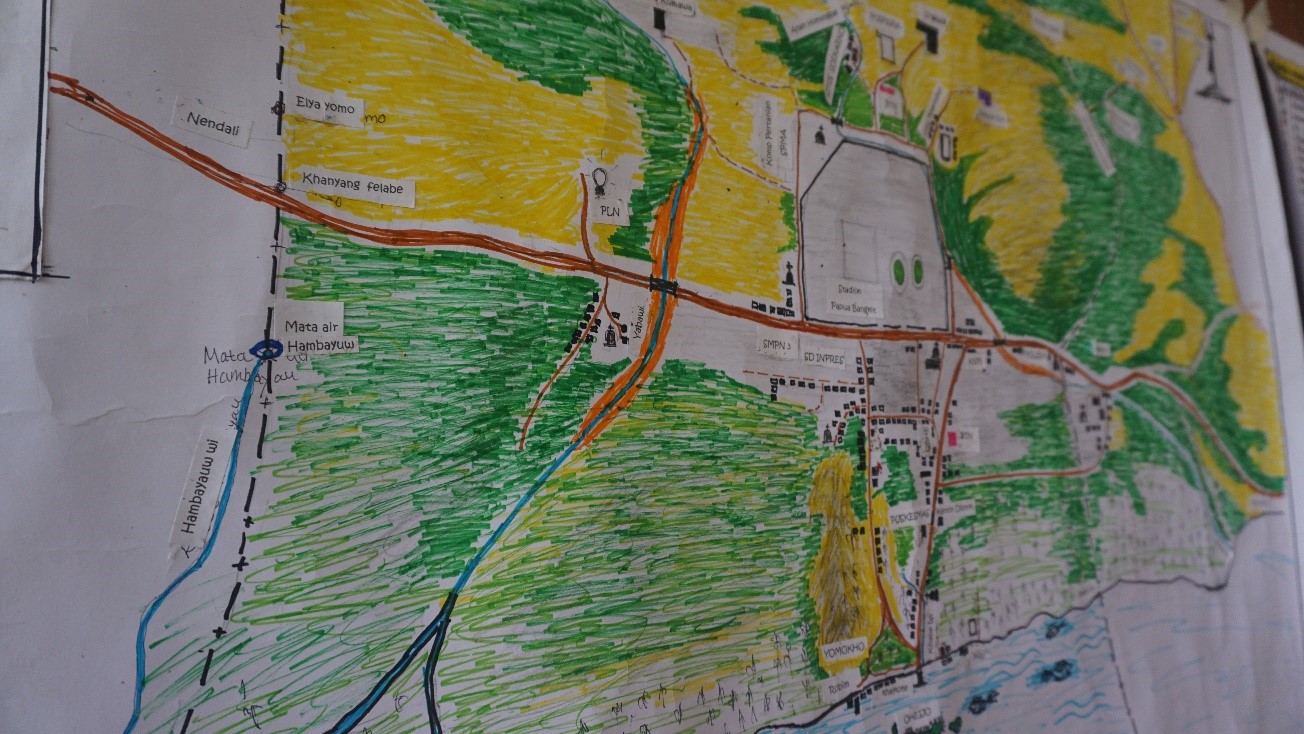 With excellent collaboration, customary area map can be created more effectively and efficiently in the use of resources. To properly capture the community’s spatial knowledge, the support of research institutions, academics and NGOs is needed to formulate theoretical framework and methodology. This covers compliance with government regulations, such as the Regulation of the Geospatial Information Agency No. 12 of 2017 on Guidelines for the Mapping of Indigenous Community Areas. The involvement of local governments is then needed to make sure that the products generated at the local level are actually used in the formulation of local policies. 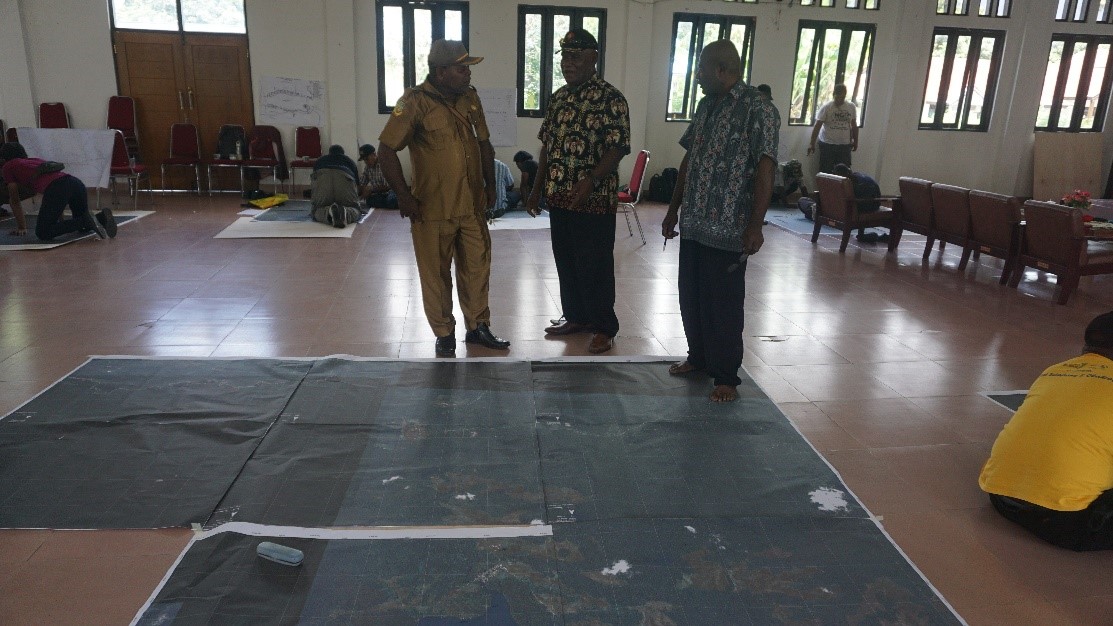 3. An opportunity for knowledge sharing with local communities

The participatory mapping organized by the Jayapura Regency’s task force was done in several workshops. The workshops provided trainings to the local community on methods of social and spatial data collection in the hamlet, delivered by the Papuan NGO Forum, Ancestral Domains Registration Agency, Indigenous Peoples Alliance of the Archipelago, Participatory Mapping Network and WRI Indonesia.

The workshops also provided information on customary area management to broaden the perspective of the locals. This is crucial considering that local communities have limited access to information.

The Special Regional Regulation No. 23 of 2008 on Customary Land Rights and Individual Land Rights of Indigenous People prescribes that approval for customary borders must be signed by the authorized customary leader, the head of the research and the relevant district and hamlet heads.

Participatory customary area mapping that heavily involves the community will make this easier. A local-wisdom-based mechanism is highly effective and efficient in resolving customary border issues as kinship continues to be a key value upheld by local communities.

5. A tool for planning and recognition

Drawn in collaboration with the locals, the maps are produced through an inclusive process and therefore, are more accepted. As such, they can be used as a tool in development planning, sustainable natural resources utilization and local cultural preservation. Participatory map can also be used to provide formal recognition to customary areas for the sustainable protection of indigenous communities.