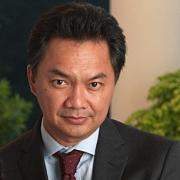 Apart from his official duties, Dr. Djalal’s greatest passion is in youth affairs. He is the founder of Modernisator, a movement of like-minded progressive and reformist young leaders, and the conceptor of Generation-21, a program which aims to awaken and develop a sense of unique identity and challenge among youth. Currently, he actively leads Foreign Policy Community of Indonesia, a community of foreign policy enthusiasts comprising of young people.

In 2010, Dr. Djalal received the Bintang Jasa Utama medal from President Yudhoyono, one of Indonesia’s highest awards for distinguished service. In 2012, he received the Indonesia Marketing Champion 2012 award for the government and public services sector and the Marketer of the Year 2012 award from the Indonesian Marketing Association, MarkPlus Inc., and Marketer.

Dr. Djalal is the author of seven books.