The concept of reaching net-zero emissions has grown from an emerging idea to a mainstream mechanism for countries, cities and corporations to drive emissions reductions and limit the effects of climate change.

Just two years ago, only a handful of companies committed to achieving net-zero emissions by mid-century or sooner. Since then, a wave of companies across sectors have adopted net-zero targets and are designing strategies to achieve these goals.

Net-zero commitments now cover one-fifth of the world’s largest corporations and 68% of global GDP, compared to 16% in 2019.

It is critical that businesses set net-zero targets and for everyone to be confident about how they will be achieved. The lack of a standardized approach has meant companies have been devising their net-zero strategies with little transparency on the scope and boundary of the targets and the plans for reaching them.

This has led to skepticism about these corporate targets and concerns that they are a new form of greenwashing. Critics have been especially concerned about corporate net-zero targets depending heavily on carbon offsets, rather than a business taking rapid action to decarbonize its own value chain where accountability and influence are highest. Carbon offset projects often generate a greenhouse gas (GHG) credit, a unit of carbon dioxide that is reduced, avoided or sequestered. And companies typically use investments in offsets to enable claims of climate neutral, carbon neutral, or climate positive — such as building wind farms, planting trees, and energy efficiency projects.

Corporate net-zero targets can be a powerful tool for curbing emissions and addressing the climate crisis — but only if proper safeguards are implemented. Here are three approaches companies should take to demonstrate that their net-zero targets are credible and will accelerate climate action:

Companies can do this by committing to ambitious near-term action by setting 5 to 10-year science-based targets developed in line with the scale of reductions required to keep global warming below 1.5 degrees C from pre-industrial levels. Near-term science-based targets put companies on a trajectory to net-zero without reliance on offsets or other types of carbon credits. These targets provide companies with a clear route of how much and how quickly they need to reduce their greenhouse gas emissions across their full value chain (scopes 1, 2 and 3) and are most popularly validated through the Science Based Targets initiative (SBTi), a global body enabling businesses to take action on climate change, to ensure credibility. 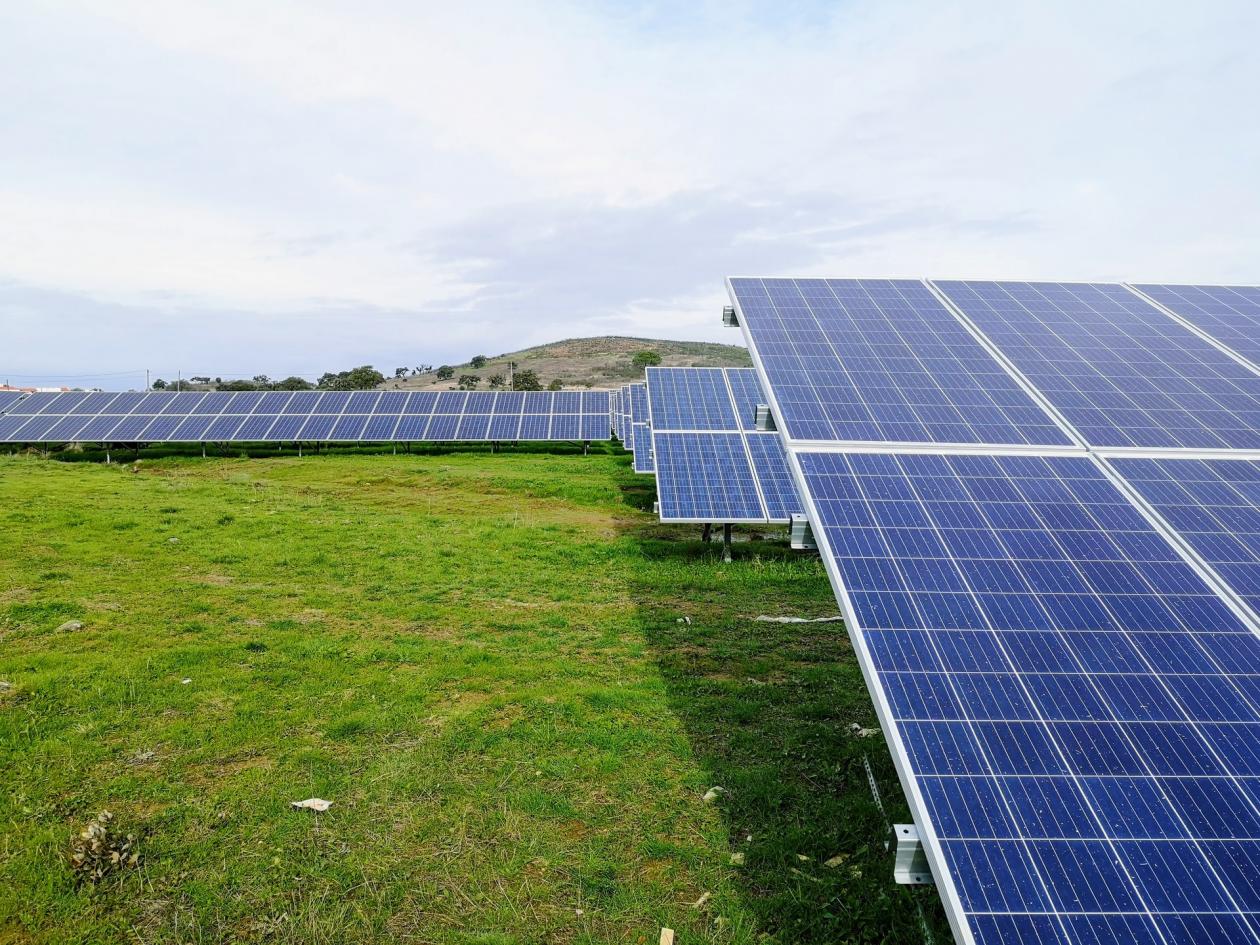 Above: Solar panels in Portugal. Companies can shift away from fossil fuel consumption towards renewable energy like solar power, leading to significant emissions reductions that are essential to achieving a net-zero world. Photo by Mariana Proença/Unsplash

Near-term actions companies can take to reduce emissions and meet their science-based targets include investing in technologies like electric fleet vehicles; adopting sustainable business travel policies; and shift away from fossil fuel production and consumption towards renewable energy like solar and wind, or by using sustainable biofuels. These actions can lead to significant reductions immediately, essential to achieving a net-zero world.

Net-zero for corporations is defined by SBTi as reducing scopes 1, 2, and 3 emissions to zero — or to a residual level consistent with reaching net-zero emissions — at the global or sector level in eligible 1.5 degrees C-aligned pathways, and then neutralizing any residual emissions at the net-zero target year and any GHG emissions released into the atmosphere thereafter.

Research by the IEA climate experts suggests to achieve net-zero most companies can, and should, reduce their CO2 emissions by 90-95% by 2050 or sooner, leaving the remaining 5%-10% that are not possible to eliminate to be neutralized by carbon removals.

Companies shouldn’t claim to be net-zero until they have fully decarbonized or reached a state of residual emissions and balanced those unabated emissions with high-quality removals. Examples of removal options for companies that need to balance residual emissions include carbon credits from land restoration, improved forest management, as well as direct air capture and storage.

3. Invest in Cutting Emissions Beyond the Value Chain

There is an urgent need to scale up near-term finance of nature-based solutions and nascent carbon removal technologies to increase the global community’s likelihood of staying within a 1.5 degrees C carbon budget. Companies play an important role in providing the finance needed for these solutions.

However, these investments can’t replace or delay deep emissions cuts within a company’s value chain if we want to reach global net-zero.

While there is already a large cadre of companies setting near-term science-based targets and a growing number of companies setting long-term targets, companies next need to take on the responsibility for financing additional mitigation activities outside their value chains. Investors, customers, employees and civil society actors need to create an expectation for companies to take responsibility and compensate for their historical emissions and unabated emissions along the path to net-zero by investing in beyond value chain mitigation.

Accountability and Credibility Are Paramount

Ultimately, companies need to focus on getting their own house in order first by setting near and long-term science-based targets and moving toward net-zero. Only when a company is on the path to reducing emissions in line with science along the value chain can investments in offsets be considered. Stakeholders are justified to be skeptical of net-zero targets that don’t follow this framework.

Rapidly curbing carbon dioxide emissions this decade and reaching net-zero emission by mid-century are critical to addressing the threat of climate change — and every country, sector and industry has an important role to play. We will need every tool in our toolbox to overcome the climate crisis, including credible and robust corporate net-zero targets.

Footnote: Starting in July 2022, the SBTi will only validate 1.5 degrees C targets.