Since it emerged in Wuhan, China, the novel coronavirus and the disease it causes, COVID-19, has killed thousands of people, many in large urban centers worldwide. The map of infections in the United States tracks closely with its biggest, most globally connected cities.

But cities are not only at the forefront of response to the pandemic, they are also likely to see lasting changes from it, from their physical form to economic and community structure. Urban planning has been shaped by infectious disease for thousands of years. As governments, doctors and communities work to “flatten the curve,” it’s likely that some policies and behavior changes will affect the way we live in cities for years to come.

Here are four ways cities are working to combat the spread of the disease now.

Travel restrictions, both local and international, are the most obvious change to how cities are functioning around the world.

After the Chinese government cut off transport in and out of Wuhan and only allowed residents to leave their homes for closely monitored grocery or medical trips, other cities across the country adopted residential lockdowns that ultimately extended to hundreds of millions of citizens, in addition to mandated self-quarantines and other travel limitations. The city-state of Singapore has enforced strict travel restrictions and hospital and home quarantine orders, with severe penalties for those who break the rules. France, Italy and Spain have now enacted similar lockdown measures.

In the United Sates, state and city governments are reacting individually, with some – including California, Ohio, Illinois, Massachusetts, Washington, New York City and the District of Columbia – banning gatherings over certain sizes and closing restaurants and bars. Others are simply urging self-imposed social isolation. The shutdowns are making ghost towns of previously buzzing urban spaces and many businesses face an uncertain future.

Travel restrictions have had wide-ranging impacts on productivity, air pollution and carbon emissions. In China, the pandemic has caused a 15-40% reduction in key industrial outputs, leading to a roughly 25% drop in carbon emissions. Satellite data captured a stark change in air pollution levels across China and Italy as restrictions took effect. Given the connection between urban air pollution and early death, some initial calculations even suggest the change in air quality might have far-reaching positive effects on the health of the very young and very old.

But past experience shows that emissions reductions caused by an economic downturn are likely to be temporary. As factory production begins to restart in some areas of China, for example, the government has signaled it may relax environmental rules that would otherwise help control emissions.

Istanbul has deployed a hygiene fleet of 40 vehicles and hundreds of personnel to sanitize and re-sanitize public and municipal facilities. The fleet is responsible for cleaning municipally owned public spaces too, like libraries, co-working spaces, cultural centers, facilities for disabled people and places of worship.

Istanbul has also heightened routine cleaning protocols in its sprawling public transit system, which serves more than 5 million people a day. Disinfectants have been installed at more than 40 bus rapid transit stations. Other major metro systems from Hong Kong to Washington, DC, are also stepping up cleaning.

After a study of in Hubei showed how COVID-19 spread from one person to nine over the course of a single long-distance bus journey, bus operations – where they are still running – are being adjusted to help prevent the spread of the virus.

Kigali, Rwanda, has installed portable hand-washing stations across the city at bus stops, taxi queues and car parks. The German-led Transformative Urban Mobility Initiative has a run-down of many adjustments by municipal bus fleets in Germany, Poland, Switzerland and China, as well as an ongoing Twitter thread cataloging new efforts in public transit globally. To reduce contact with drivers, many operators are now prohibiting passengers from boarding through the front door and have stopped selling tickets onboard. In Switzerland, some buses have separated drivers from passengers with temporary barricades. In both Europe and China, bus operators have started using floor markings to indicate safe distances between riders.

Ulaanbaatar, the capital of Mongolia, has reduced bus operations by 50% to discourage travel, and Shenzhen, China, has reduced maximum occupancy for buses and other public transit vehicles to half their normal limit to reduce the chance of spreading infection.

As people avoid crowds and movement is restricted, cities are reporting public transit ridership has taken a sharp downturn. Istanbul revealed a nearly 50% decrease in public transit ridership – more than 2 million riders – over the first three weeks of March. San Francisco’s BART system asked for an emergency infusion of funds, revealing $5 million in weekly losses, due in part to the pandemic keeping riders away. In China, some cities like as Wuhan and Huanggang suspended public transport entirely to contain the virus.

In Colombia, Bogotá is pursuing a creative alternative to trains and buses. Mayor Claudia Lopez announced that the city’s open streets day route, the world-famous Ciclovía, normally held only on Sundays, will be closed to cars and opened to cyclists and pedestrians during weekdays too. More than 76 kilometers (47 miles) of street closures will now take effect each weekday to give people alternatives to commuting through the public transit system. The temporary new cycling routes add to the city’s 500 kilometers (310 miles) of permanent bike lanes. 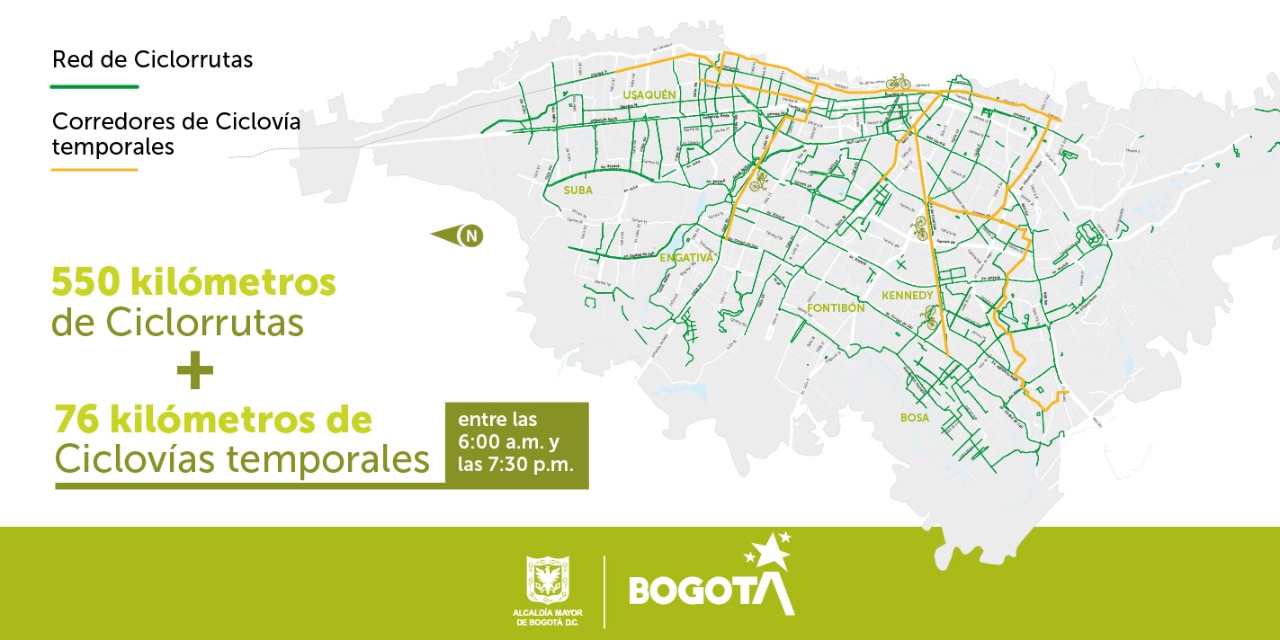 Foot traffic appears to be down overall in the most heavily affected cities, especially from tourists, but cycling has reportedly seen a surge in New York, Philadelphia and several cities in China. The increase in traffic may test the safety of bicycling infrastructure in many cities. In response to New York City Mayor Bill de Blasio’s encouragement to “bike or walk to work if you can,” a petition demanding emergency bike lanes and other infrastructure changes has been started by Transportation Alternatives.

Some governments have gone the other direction on cycling. In Spain, where new cases have jumped sharply, police are reportedly fining bikers for taking non-essential trips after people were ordered to stay at home except to go to work, the hospital or to buy food or medicine.

When infections in South Korea soared in the city of Daegu, the country enacted a strategy of open data and public participation. This has provoked some criticism but also led to a novel response.

South Korea has asked people in home quarantine to use self-diagnostic apps that connect them with medical staff and launched a series of apps and websites that share detailed information on the spread of the disease. An interactive map created by a college student but populated with government data shows locations infected people have visited as well as their demographic characteristics. A popular privately developed mobile app references the same data to send alerts to users when they get within 100 meters (328 feet) of these locations.

Another way South Korea is asking for public participation is in testing. The city of Goyang has led an innovative contact-free, drive-through testing method. The city opened a facility in a parking lot where people can simply roll down their windows and get swabbed by medical personnel in protective gear. Other cities, including Seoul, have followed Goyang’s example and opened similar facilities.

In the 3,300-person town of Vò, Italy, researchers pursued a fully comprehensive testing strategy that involves testing and retesting every single resident. Half the individuals who tested positive had no symptoms. Since they were identified early, they could be quarantined along with anyone they came in contact with. Health authorities now believe they have essentially stopped the spread of the illness in this small community.

The immediate focus for cities should be on stopping the spread of COVID-19, but the current social distancing threatens to disrupt what makes cities work: the human urge to congregate. When life returns to normal – whatever that new normalcy may be – planners will need to reckon with this disruption, paying particular attention to the urban poor, who were already being left behind in many cities and will likely suffer more during the pandemic without careful thought.

As governments reassess priorities and consider stimulus packages, the imperative for more resilient, equitable, low-carbon cities remains unchanged. For instance, while the current crisis demands a re-think of many different types of travel, including air travel, public transit systems are still essential for city dwellers and should not be allowed to be crippled financially.

Cities must work better for everyone, as the fragility of today’s economies has made clear. As the world adjusts to this new reality, we are committed to helping cities learn from one another quickly and finding solutions that create resilient, thriving cities for all.