“Gender issue has been in our consideration in project planning, but we need to make sure whether we understand it correctly,” said one of the WRI Indonesia’s staff at the beginning of gender training.

To those who work in the development sector must be familiar in incorporating gender sensitivity aspect in the program. As a research center that works on the broad spectrum of areas, spanning from the forest, renewable energy, climate, cities and transport, gender element – as one of the individuals’ identity - inevitably becomes a cross-cutting issue. But, do we know exactly how to measure the success in ensuring gender equality in the project implementation?

To walk the talk, WRI Indonesia invited Leslie Dwyer, Associate Professor and Director of the Center for the Study of Gender and Conflict at George Mason University to deliver gender training for all staff.

The training started off by dissecting our own assumption about what gender is and making all staffs on the same page of understanding. All staffs were trained to be gender sensitive with the fact that men and women have different roles in certain society. For example, one of the topics was about gender and oil palm. The wives contributed to the household by working at palm oil plantation, but they also still play traditional roles as caretaker for the homes and children. Despite their involvement in day-to-day life, the women rarely got a seat at the decision-making table in the company. 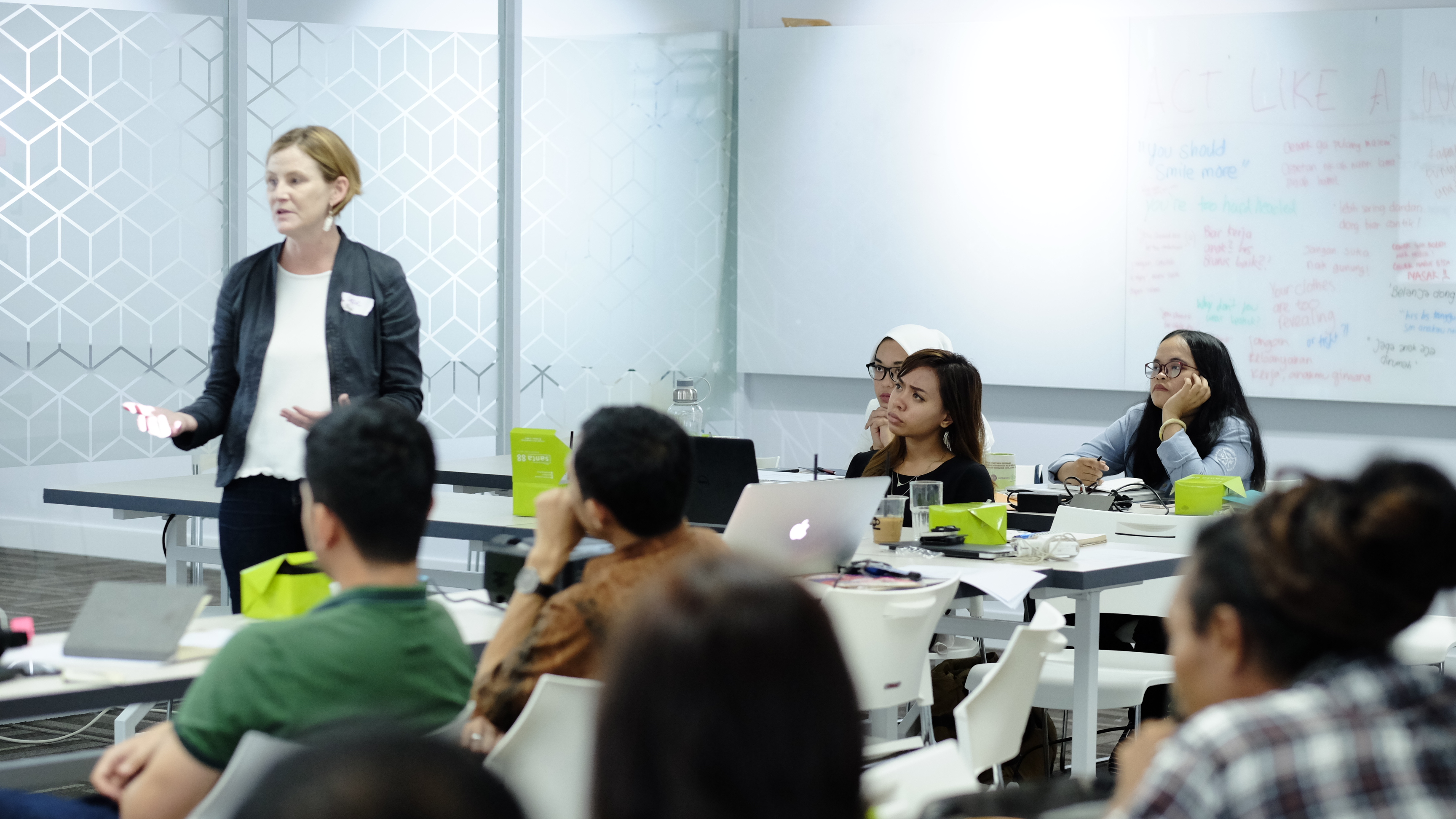 Then, all staffs were divided into groups and made plans to integrate gender throughout the program cycle. Leslie emphasized that gender issue was not only ‘a-nice-to-have-adds-on’ or an after-thought in a project, but gender issues had to be taken into account since the initial assessment and baseline development. For example, project planners have to analyze what the roles played by men and women in mobilizing others in the community to address problems; what their relative capacities and influence; and how gender dynamics about gender roles are used to mobilize people.

Not the only knowledge that the staffs received from the training, but also fun moments with colleagues as the training also used games, role play, and quizzes to put the theories into practice. In the end of the training, Leslie also gave a final quiz to test our understanding.

The best score of the final quiz was awarded to Clorinda Wibowo, Energy Specialist. Here is the excerpt of her comment on the training:

“I came to the training with minimum knowledge about gender and without even realized that gender inequality exists in our society. Now I become more confident to incorporate gender aspect in my work and to substantially create an impact on both women and men - not only to count how many women attended a focus group discussion.”