A study claims that Natural Climate Solutions, such as tropical forest and mangroves’ capacity to capture and store carbon dioxide, account for 37 percent of climate change mitigation efforts, strengthening the recognition for nature to be considered in the emissions reduction scheme. However, blue carbon ecosystem, which captures 55 percent of all carbon, still faces struggle to be acknowledged. Indonesia, a country that hosts one of the biggest proportions of such ecosystem, is no exception.

Blue carbon is a term given to carbon– sequestered, stored, or released – in marine and coastal ecosystems, including mangroves, seagrasses and tidal marshes. These ecosystems, storing the majority of carbon in the soil, bury atmospheric carbon ten times than their terrestrial counterparts per hectare annually. 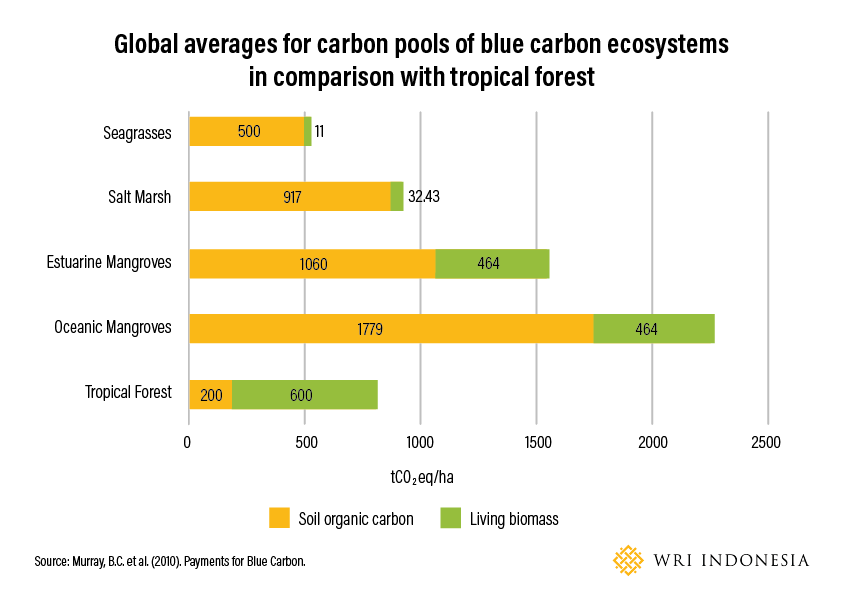 On top of their critical role in mitigating climate change, blue carbon ecosystems also provide economic benefit to the coastal communities. Blue carbon ecosystems prevent erosion, serve as a defense against storm surge and pollutant trapper, and provide habitat for commercially important species, which aid local tourism and enable alternative livelihoods. In Muara Angke, near of the capital city of Jakarta, for example one of mangrove ecotourism sites in Indonesia, mangrove ecosystems successfully generated IDR 31.7 million/ha/year or a total of IDR 3 billion in a year from its tourism services only. 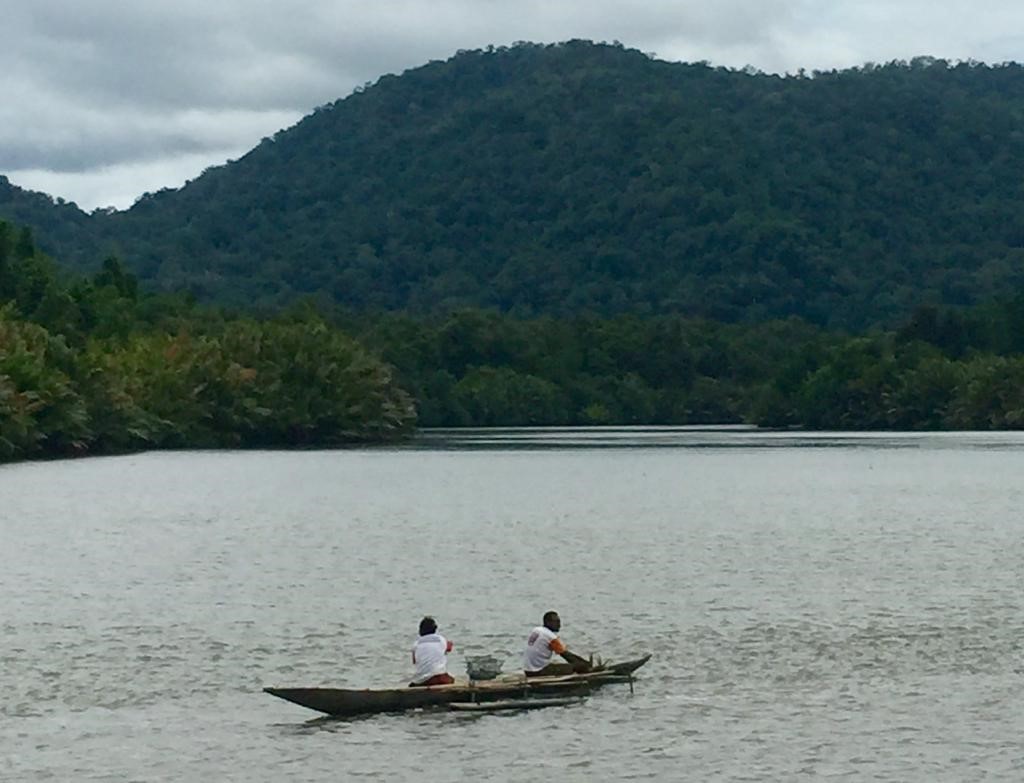 People living in the coastal area are vulnerable to climate change impact, including sea level rises and flooding. With about 65 percent of the population living 50 kilometers from the coastlines, Indonesia is among the world’s most vulnerable countries to be affected by climate change. It is estimated that 5.9 million people will be impacted by coastal flooding by the end of the century. Yet, the ecosystems upon which the communities depend for their protection and economy have been rapidly destroyed; Indonesia’s mangrove ecosystem was recorded to experience the fastest degradation rate in the world.

Indonesia has undertaken a series of efforts to manage its blue carbon ecosystems. From the policy side, a presidential regulation on National Strategy for Mangrove Ecosystem Management (SNPEM) was enacted in 2012, creating the national coordinating team for mangrove management. Several regulations and programs havesubsequently been initiated by the government, such as a ministerial regulation responded to SNPEM, Indonesia Blue Carbon Strategy Framework (IBCSF), and the RPJMN 2020-2024 development that includes blue carbon through the low carbon development initiative. While these efforts have stimulated mangroves rehabilitation, it is still not enough to achieve Indonesia’s target of rehabilitating 1.8 million hectares by 2045, mostly attributed to funding deficiency. Such efforts also do not have major impact on protecting seagrasses due to limited understanding of the ecosystem in Indonesia.

Equally important to the initiative at the national level are actions at the field level. The government, CSOs, universities and other institutions have conducted blue carbon stock assessment and projects to protect blue carbon ecosystem in numerous locations in Indonesia, but ensuring the continuity of such projects in the long run remains a challenge.

While Indonesia has demonstrated considerable progress, the country still has major challenges to manage its blue carbon ecosystem. The objective is clear: to sustainably manage the ecosystem in a way that it can mitigate climate change, strengthen resilience, sustain economic-growth and improving people’s well-being.

1. Science: the basis of action

While the role of blue carbon ecosystem in mitigating climate change is better understood, the extent to which they would contribute to the achievement of Indonesia’s emission reduction target remains uncertain. To understand the potential, we need to assess the excess of atmospheric carbon captured in blue carbon ecosystems, as such data is currently only available for selected areas. Thus, science-based approach should be mobilized to narrow down the gaps and reduce uncertainties. At the same time, remote sensing technology should be employed to generate spatially explicit and credible data and information.

Policy making needs to be agile in responding to updated research findings and evidence. One of the pressing issues is to put emphasis on bundling mitigation and adaptation as the new way NDC sees these in a balanced manner. Indonesia should start appreciating their potentials and use science to support them. From methodological point of view, the 2013 IPCC Supplement for Wetlands is sufficiently adoptable for Blue Carbon to be included in the national inventories.

3. Practice: carry out efforts on the ground

There are several key enabling factors in the field setting that would sustain implementation. First, develop a financing mechanism that incentivizes the protection and restoration of the ecosystems. Second, create alternative livelihood planto promote ecosystem protection while ensuring the well-being of the communities. Last, assessing community’s resilience and develop climate change adaptation strategy.

A comprehensive approach to manage blue carbon ecosystem is needed. If we successfully do so, triple development’s wins could be in our hand: mitigating climate change, sustaining economic growth, and improving the well-being of coastal communities across this biggest archipelagic nation.