This article was originally posted on The Chicago Council on Global Affairs' website.

An astounding one third of all food produced for human consumption is lost or wasted between the farm and the fork. Just think about that for a moment: While nearly 800 million people—one in nine globally—are undernourished, more than a billion tons of food never make it to the table. These inefficiencies in our global food system have serious impacts for nutrition, health and the environment.

On April 26, the Chicago Council on Global Affairs hosts a Global Food Security Symposium on “Growing Food for Growing Cities.” The International Food Policy Research Institute (IFPRI) and the World Resources Institute (WRI) are proud Symposium partners. The number of city dwellers will rise by 2.5-3 billion by 2050; meeting the demand for nutritious, safe and sustainable food for cities will be a major challenge. Reducing food loss and waste is an essential part of the solution.

Food loss and waste not only hampers efforts to adequately feed the world, but also leads to economic losses. Globally, the Food and Agriculture Organization of the United Nations (FAO) estimates that food worth about $940 billion is lost or wasted each year throughout the entire food supply chain. Annually, about $32 billion worth of food is thrown away in China. In Africa south of the Sahara, where many farmers earn less than $2 a day, post-harvest losses have a value of up to $4 billion per year. Food waste in households and restaurants costs an average of $1,600 per year for a family of four in the United States and about $1,060 per year for the average household with children in the United Kingdom. 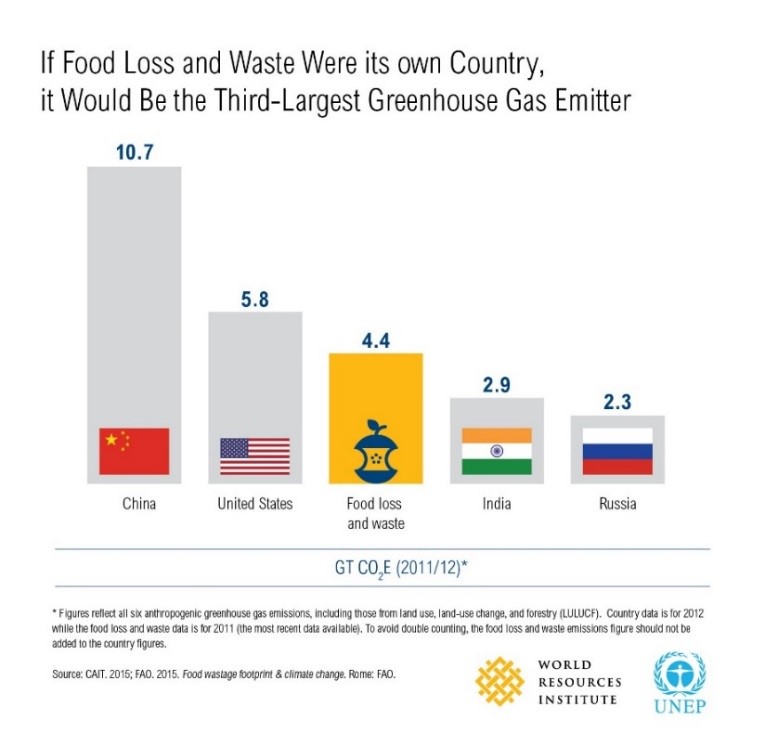 Food loss and waste also contributes to climate change, accounting for about 8 percent of annual global greenhouse gas emissions. To put this in perspective, if food loss and waste were a country, it would be the world’s third-largest emitter—surpassed only by China and the United States.

So how can food loss and waste be addressed? Here are a few ideas for starters:

A first step is to set food loss and waste reduction goals. Goals set ambition, and ambition motivates action. As Champions of Target 12.3 or the Sustainable Development Goal (SDG), we encourage countries and companies to set ambitions consistent with this target—which calls for cutting per capita global food waste in half at the retail and consumer levels and reducing food losses along production and supply chains by 2030.

Countries such as the United States are already leading, with the U.S. Department of Agriculture and the U.S. Environmental Protection Agency setting the nation’s first ever food waste goal: a 50 percent reduction by 2030. So are industry associations like the Consumer Goods Forum, which resolved to reduce food waste from member operations by 50 percent by 2025.

We’ve all heard the old adage that “what gets measured gets managed.” The huge rate of food loss and waste should come as no surprise then, since most countries and companies do not quantify how much or where food is being lost or wasted. Moreover, there is a lack of consensus on what defines “food loss and waste,” as well as challenges in how to measure it. Without a common understanding of what the problem is, it is difficult to effectively address it.

Measuring and finding data on food loss and waste are becoming easier. In December of 2015, IFPRI and FAO launched the Technical Platform on Food Loss and Waste as an outcome of the G20 Agriculture Ministers Meeting in Turkey. The Platform facilitates local, national, and regional level food loss and waste prevention, reduction, and measurement. Among other things, this platform will help users navigate available data around the world and learn best practices in quantification.

Standardization of food loss and waste measurement is underway, too. The Food Loss & Waste Protocol’s Accounting and Reporting Standard, coordinated by WRI and developed with a suite of partners, is set to launch in June 2016. The Standard will provide credible, practical, and internationally consistent definitions, methods for quantifying food loss and waste, and approaches for reporting results.

We therefore encourage countries and companies to start quantifying the food loss and waste within their borders, operations, and supply chains. With this base year data, it will be easier to monitor reduction progress over time.

Finally, we must take action. By knowing where and how much food is being lost and wasted, one can prioritize actions to tackle the hotspots. Prioritizing what to do is important given constraints faced in terms of political attention, financial resources, and time.

Exactly what needs to be done will vary by country and stage of development. We outline a number of suggested actions in the figure below. In developing countries, most food loss occurs during production and storage. Thus investing in better infrastructure to improve storage, processing, and transportation will be critical. In developed countries as well as in rapidly growing urban areas just about everywhere, most food waste occurs at the retail and consumer levels. Thus steps to facilitate food donations, improve food date labeling, and better educate consumers will be vital.

An oft-quoted Chinese proverb states “a journey of a thousand miles begins with a single step.” The journey to reduce food loss and waste has yet to begin for most countries and companies. Let 2016 be the year we all take that first step. 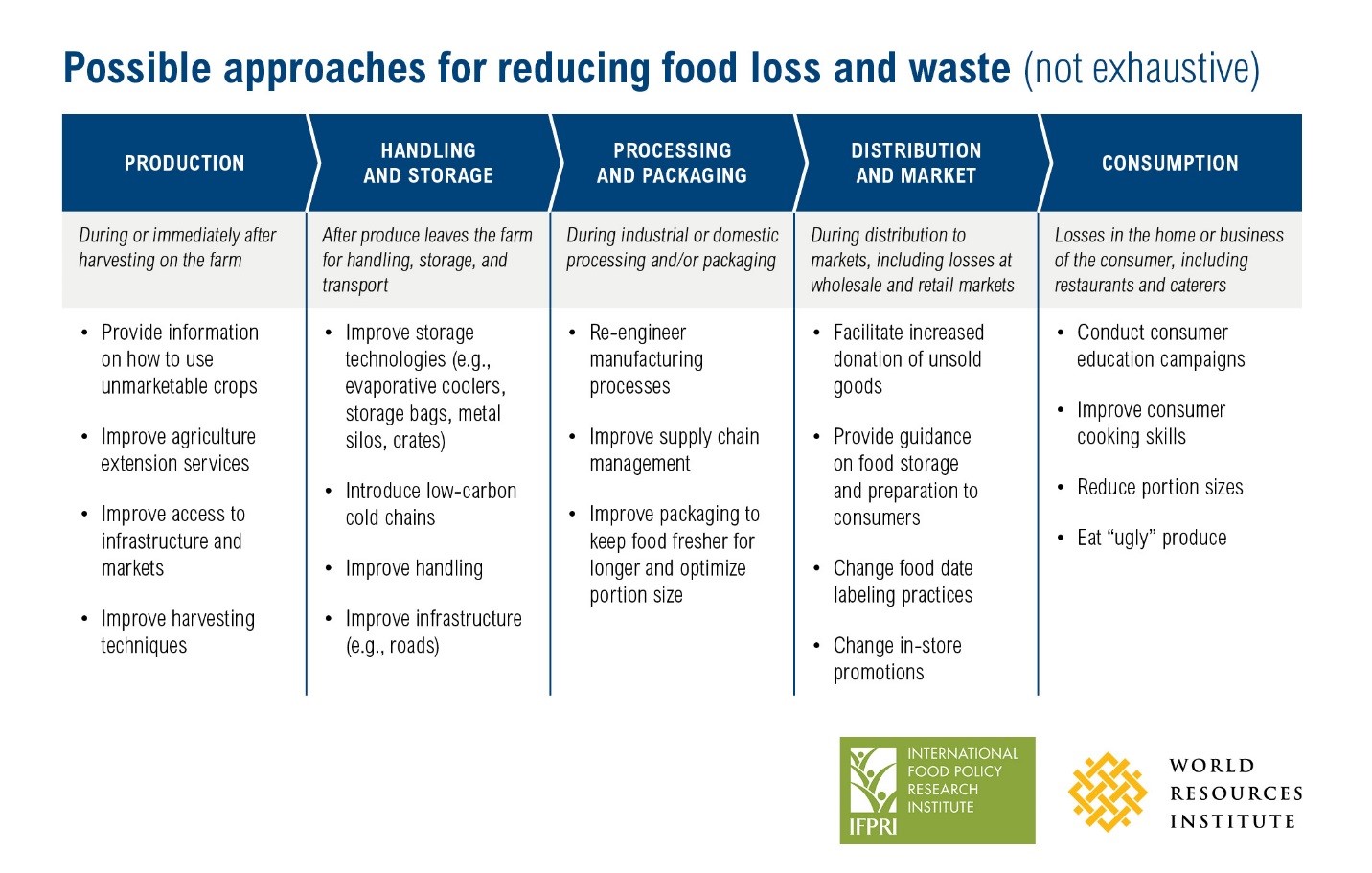