Carbon Offsetting: A Necessary Stopgap That Indonesians Can Implement

When just over a 100 companies account for 71% of our total carbon emissions, individual action may appear ineffectual in combatting our current climate crisis, a human-created global mass extinction.

But action is still necessary. Global temperatures have already reached 1º Celsius above pre-industrial levels, and a recent UN report showed that warming above 1.5º Celsius would accelerate the rate of global extinction over a hundredfold.

How can we, as individuals, combat the climate crisis when, for example, we take a holiday on a gas guzzling airplane? Considering the seriousness of our climate crisis, this cannot be considered as just a rhetorical question. We need an actionable answer.

Carbon offsetting is one possible way. It is a simple idea: for every amount of carbon emission you release, you pay to absorb that emission through some method. For example, when eating a bowl of beef rendang releases about 23 kg of carbon dioxide, you can put money towards an environmental project like tree planting. The trees would then absorb emissions already in the atmosphere or reduce emissions that would have been released in the future. Carbon offsetting is thus a key part of reaching net carbon neutrality, where carbon emissions are canceled out by carbon removal projects or eliminated altogether.

Companies, governments, and individuals can all use carbon offsets to reduce their climate impact. The average Indonesian releases about 2.03 tons of carbon emissions annually, and thus could offset their entire yearly emissions by planting around just 54 mango trees. Of course, reducing the amount of emissions you release in the first place is ideal, but there are some activities we perform that just don’t have alternatives.

For instance, air travel made up 849 million tons of total emission in 2017, or about 2% of global emissions. It would be great if we had solar powered airplanes that emit much less emission, but unfortunately that technology just isn’t available yet (and even solar-powered technology emits carbon in its production). In tackling these unavoidable emissions, carbon offsetting can be a powerful tool in fighting against our global climate crisis. 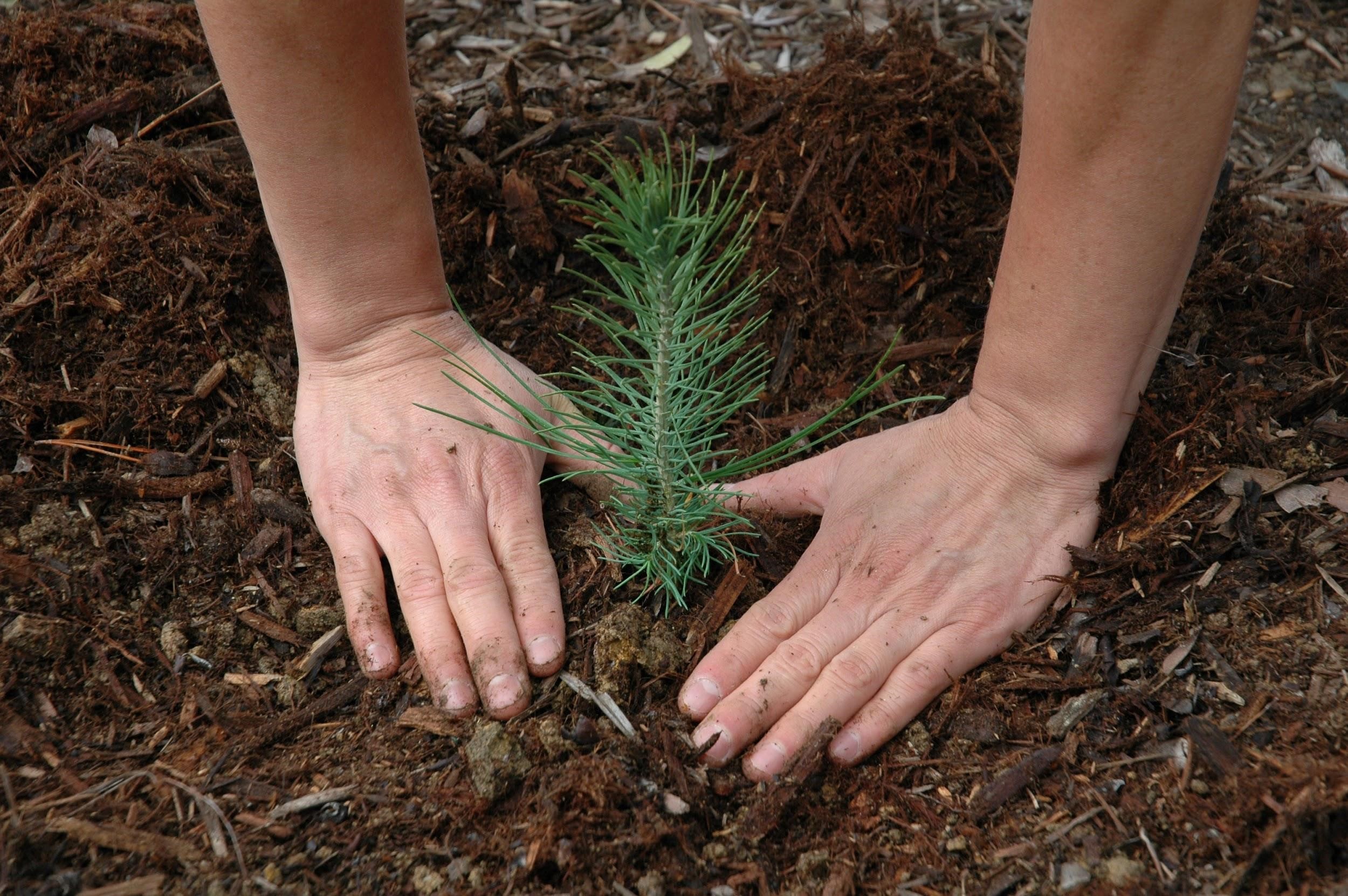 Tree planting is one of the cheapest and easiest ways for individuals to offset their carbon emissions. Photo credit: USFS/Flickr

Not only that, carbon offset projects can also come with a whole host of co-benefits for individuals. A project planting trees within the city of Jakarta would bring along not only emission absorption, but also reductions in air pollution, ambient temperature, and other benefits.

A global study in 2016 showed that urban areas that are surrounded by trees reported a reduction in particulate matter by up to 24%. Therefore, projects to plant and monitor the healthy growth of trees within the Jakarta area would aid the city’s effort to combat its rampant air pollution.

However, there are some concerns regarding carbon offset programs.

Carbon offsets could enable a ‘business as usual’ attitude where, instead of outright reducing emissions, people and companies could use offsets to justify a refusal to change their emitting behavior.

Additionally, there is a need to further improve the efficacy of carbon offsetting. Better organization of funding distribution, increasing transparency, and use of international standards can help significantly in delivering environmental benefits from carbon offsetting projects. These improvements would have helped prevent the death of 4,000 mango trees planted as part of a mismanaged reforestation project by pop artist Coldplay in India to offset emissions from their album production. Like every consumer decision, it is critical to understand how these projects are being implemented to ensure that your money goes to one that reduces carbon emissions.

There are various companies that offer monitored, independently verified carbon offsetting opportunities to their consumers:

For instance, Offcents, a smartphone app, automatically detects and calculates your carbon emissions from travelling via GPS tracking. Then, it offers you a fee to offset your emissions from that trip by supporting projects such as the Rimba Raya Biodiversity Reserve. All projects by Offcents are verified by third party standards such as the Verified Carbon Standard.

There are also multiple organizations that provide the option to purchase as many carbon offsets as they want, with projects that range from supporting methane energy production from the Bantar Gebang landfill, to restoration and conservation of Kalimantan peatlands.

For those unavoidable emissions, carbon offsetting can be a valuable way to mitigate our climate impact. But, it is important to remember two things.

First, we must be careful in investing in carbon offsetting projects of our choice, so that our money goes into projects that will not contribute to further degradation of our environment, or an outright scam with no robust monitoring and verification efforts. When you’re ready to give your hard-earned money to an organization that offers carbon offsets, check to see if they mention following a third-party standard. Here is a list of strong, independent standards to look out for.

Second, we as consumers and voters must use our power to keep exerting pressure to companies and governments that are not offering and purchasing carbon offsets. Alongside the usual advice of contacting your local representative and pressuring them to reduce their emissions, reaching out to organizations that offer carbon offsets to pursue projects in your city or to partner with local companies would be a way to bring direct benefits of carbon offsetting projects to your doorstep.

We must move towards change in both individual and institutional behavior to create a wider movement to implement more, better managed carbon offset projects. By doing that, we can ensure that actions against our unavoidable emissions can combat our global climate crisis.