Many cities, particularly in developing countries, have large areas of informal settlements — poor neighborhoods that grew organically, but which often lack structurally sound buildings and services like running water, sanitation and waste management. The traditional approach to upgrading these informal settlements (often called slums), which consists of razing and reconstructing without residents' consent or participation, doesn't work.

For much of the 20th century, cities have managed slum upgrading with little or no consultation with residents themselves. Many cities' preferred solution to fixing deteriorating slum conditions and affordable housing shortages has been to simply knock slums down and rebuild in the most cost-effective way possible, usually on the city's outskirts. But this practice doesn't consider residents' sense of home and place, their employment and social networks, the availability of basic services, and in general, does not actually improve affordable housing options. In such cases, residents often need to spend more on transport and on coping with gaps in services.

Some cities are adopting new approaches. Surabaya, Indonesia introduced an innovative housing program in 1969 — the Kampung Improvement Program — which transformed the way residents of poor, traditional neighborhoods called kampung lived in the city. Though not perfect, this program became one of the earliest examples of successful slum upgrading in the world.

Indonesia has grappled with rapid urbanization and the proliferation of city slums for decades. Since independence from the Dutch in 1945, Indonesian cities have grown quickly. Their populations are currently growing by 4.1% per year on average — the fastest urbanization rate in Asia. Yet spending on basic infrastructure and services remains inadequate. While the economy grew 5.8% per year in the mid-2000s, infrastructure investments only grew by 3% each year. In 2009, 23% of Indonesia's urban population was still living in informal settlements.

In the traditional model of slum upgrading, new high- or mid-rise apartment buildings replace informal settlements — but they don't stop new slums from forming nor do they increase residential density and available housing by much. Knocking down slums can also displace residents, in effect just shifting slums from the city center to its periphery, which exacerbates urban sprawl and limits people's access to services. To combat these challenges, Surabaya took a new approach.

The Kampung Improvement Program, a participatory, on-site approach to upgrading poor, traditional neighborhoods in Surabaya, became an international model. Even neighborhoods not formally in the program have independently undertaken similar upgrades. Photo by Ashok Das.

Between 1969-1998, Surabaya championed the Kampung Improvement Program, an international model of participatory, on-site slum upgrading: a research-backed method for ensuring adequate, secure and affordable housing in global South cities. Part of the program's success was due to close collaboration between the local government and experts from the university, Sepuluh Nopember Institute of Technology. Participatory upgrading puts residents at the heart of decision-making and day-to-day upgrades, using community-sourced data to identify and prioritize residents' most critical needs.

Surabaya was able to raise outside funding from development organizations, including the World Bank, to provide basic infrastructure such as gutters, paved footpaths, stormwater drainage, public toilets, waste management and primary schools. On top of physical interventions, the city empowered individuals to participate in planning processes and upgrading their homes. Communities typically contributed between one-third and one-half of upgrade costs. Residents also helped with the ongoing operation and management of projects like piped water and roads, which created a greater sense of neighborhood ownership and agency.

The Kampung Improvement Projects have been good for Surabaya. Residents have benefited from improved access to basic services, structurally sound houses and shops, a healthy local environment, and a sense of pride and ownership over their neighborhoods. This isn't to say that the program has solved all of Surabaya's housing problems, but the policy of on-site upgrading has improved the lives of the poor while respecting personal and cultural preferences for their homes and neighborhoods. 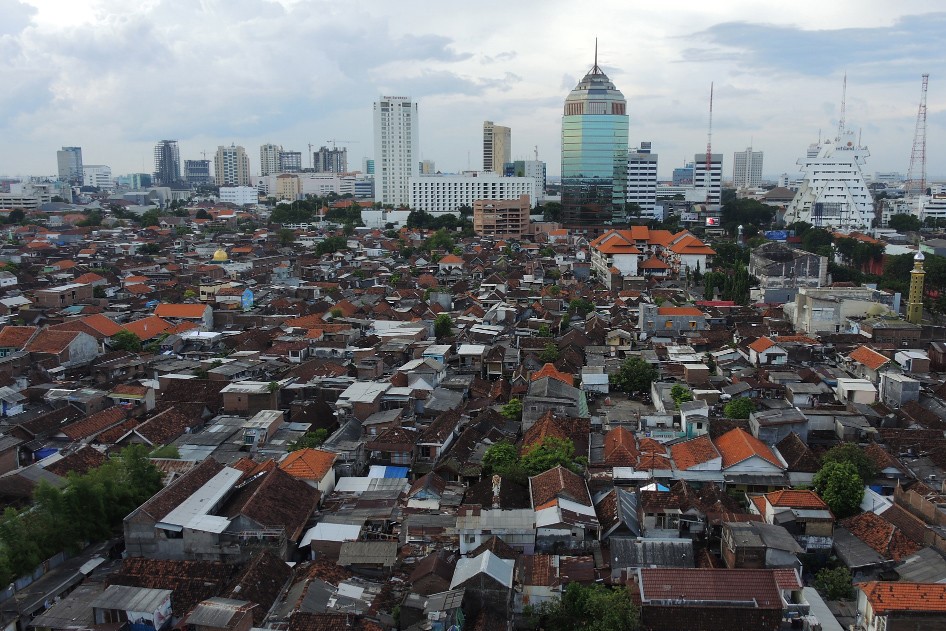 Through the Kampung Improvement Program, residents of Surabaya's poor neighborhoods have benefited from improved infrastructure and services, better buildings and a healthier environment. Photo by Axel Drainville/Flickr.

However, new challenges threaten Surabaya's legacy, including rising demand for land and infrastructure and a shift away from Kampung Improvement Projects to public rental houses known as rusunawa. Since the late 1980s, developers in Surabaya have favored large-scale projects that push out and price out low-income residents — a problem that many cities face. Surabaya's outward expansion has outpaced improvements to the struggling public transportation network, limiting many residents' access to jobs, healthcare and schools. Compounding the problem are biases against the growing migrant population, city resource constraints, and an emphasis on overly technocratic urban planning that glosses over social issues. Surabaya will have to overcome these challenges if it is to continue providing affordable housing to its growing population.

How Can Cities Preserve Affordable Housing While Providing Services and Opportunities?

Improving the urban poor's quality of life and access to services can improve a city's economy, environment, public health, education levels, and more. In fact, upgrading slums in place to be safer, more livable and more resilient against climate change is written into the New Urban Agenda, a global standard for sustainable urban development.

Other countries have adopted similar programs. In Thailand, the Baan Mankong program provided loans to informal communities to invest in sustainable redevelopment projects. This led to a nearly 20% rise in the number of people living in durable homes in the country. Mumbai, India has moved away from razing slums to embrace participatory and on-site upgrading, championed by an alliance between an NGO and two civil society organizations representing slum dwellers.

Solutions common to these programs include: 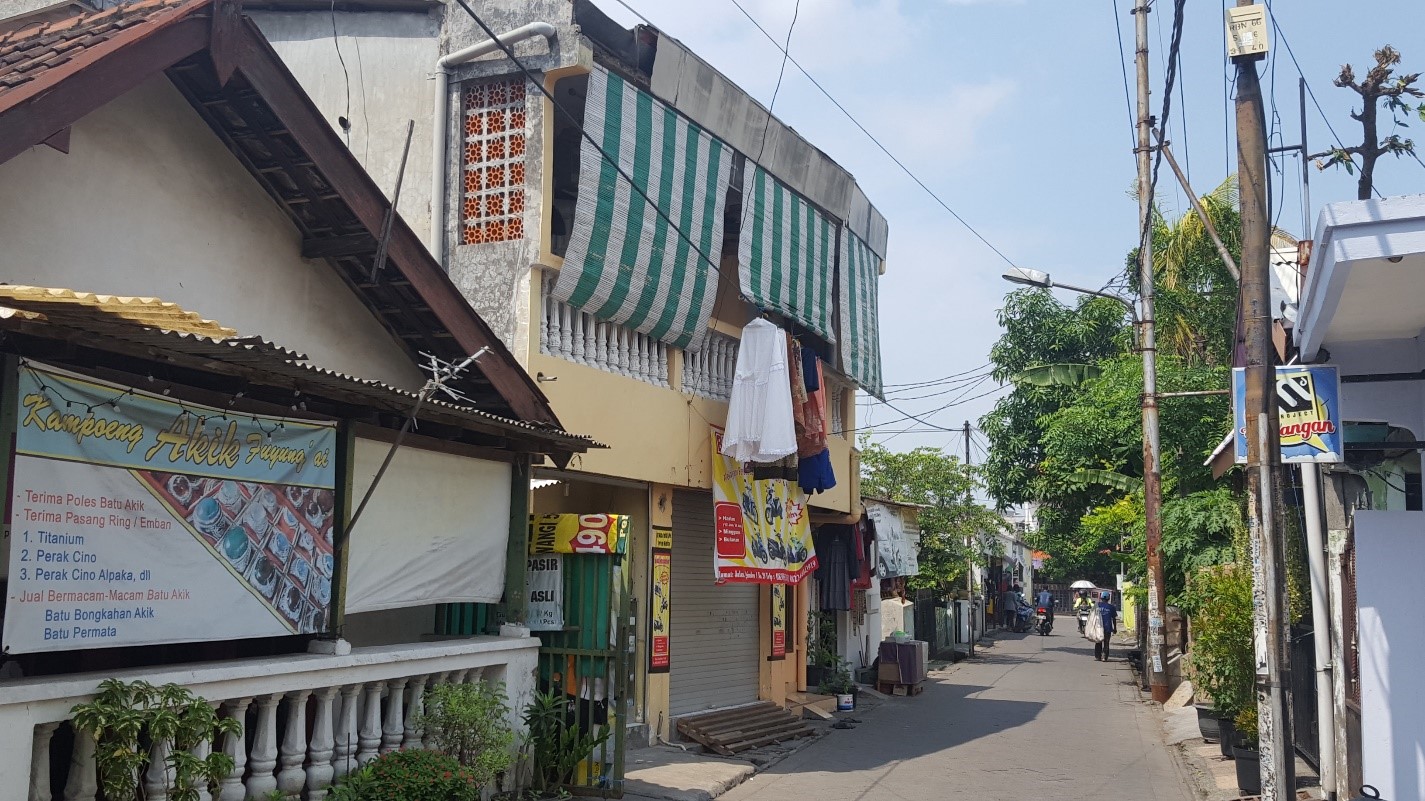 For rapidly growing cities in developing and emerging economies, addressing affordable housing and curbing unmanaged urban expansion are urgent problems. Upgrading slums, which already provide affordable if inadequate housing — with input from the people who actually live in these neighborhoods — is an essential part of the solution.

Learn more about inclusive upgrading of informal settlements in the new case study from our World Resources Report, Towards a More Equal City.