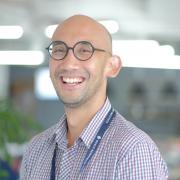 Aside from research, he leads and manages the Wahana Riset Indonesia program, an in-house research incubator at WRI Indonesia that intended especially for youth wanting to develop their research skills and support WRI's missions.

Dean received a Ph.D. in Human Geography from Monash University, Australia (2017) and an M.Sc. in Development Studies from University of Glasgow, UK (2007). Dean has worked at the University of Indonesia since 2010 and has been involved in research projects in many institutions. During his down time, he loves to be at his eco-friendly garage tinkering with his old cars and vespa, and playing with his three wonderful kids.