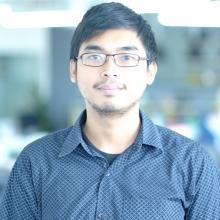 Rizky isGIS Analyst for Forest Monitoring in WRI Indonesia. He works in managing spatial datasets and metadata in database, collecting and collating the spatial and non-spatial data from open and proprietary sources and producing relevant web map application.